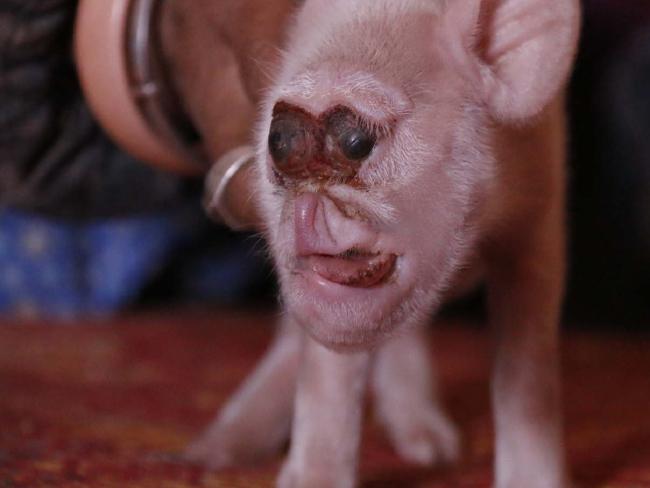 In a year when we’ve seen a load of weird mutant births, here’s one more before we round it off – a piglet has been born in China with the face of a monkey. Freaky.

The piglet was born in the city of Zhijin and many people have flocked to the farm to see it firsthand, becoming quite the tourist attraction. A vet has confirmed that it’s not the result of trying to crossbreed a monkey and a pig and it’s thought that it turned out like this due to environmental pollution in China, which is kind of a scary proposition. The pollution over there is really bad, we know that, but could it actually be so bad that it’s causing babies to mutate? Surely not? 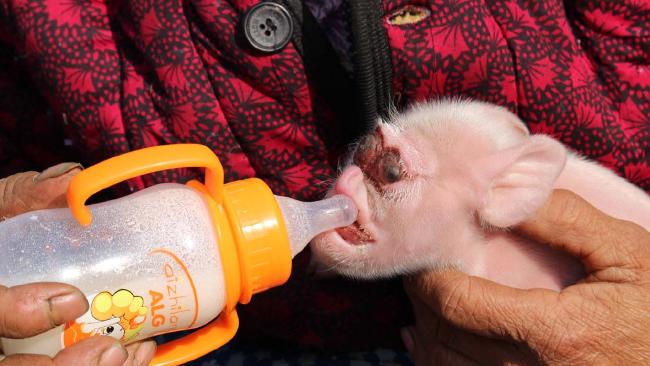 The pig was born over the weekend along with 14 other siblings, but unfortunately it can’t feed like the others because of its messed up face. Instead, the farmer who owns it is forced to feed it with a bottle, which has caused some Twitter users to accuse him of raising it as a human baby because of this. I don’t think this is true though, and he’s just feeding it with a bottle because the pig can’t actually be fed any other way.

Apparently pig mutation is becoming an increasing problem over in China, with several other weird mutant piglets being born in recent times. Check out this one that was born with testicles instead of eyes for another example. Unlucky.