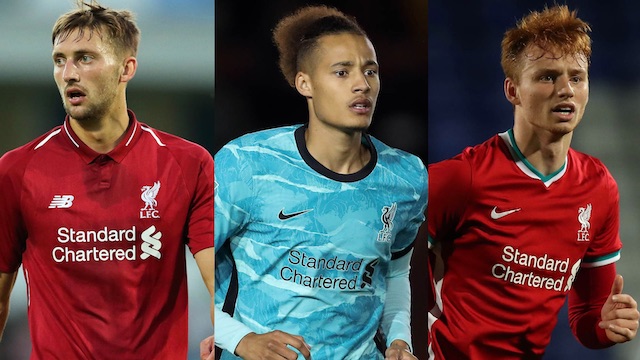 Naming a settled defensive line is widely accepted as one of the fundamentals of success in team sports. Liverpool, who came into the English Premier League soccer season as reigning champions, haven’t had that luxury this time around.

Any chance of Jurgen Klopp mounting a defense of the title floundered when first-choice center-backs Virgil van Dijk and Joe Gomez picked up serious injuries. With their seasons ending early, the Reds of Anfield saw the Premier League trophy slip away from their grasp as their form suffered as a result.

It only took Liverpool 30 years to become champions of England again. Their triumph was briefly savored and abruptly lost, as a series of other injury problems and suspensions for players on the Reds roster forced Klopp into almost constant changes at times to the heart of their backline.

Coping with injuries is why soccer is a squad game more than ever today. However, Liverpool had to take the unprecedented step of naming 19 – that’s right, 19 – different central defensive partnerships during the 2020-21 campaign. The season isn’t over just yet either.

Besides losing Van Dijk and Gomez for the entire campaign, Cameroon international Joel Matip and versatile Brazil player Fabinho have missed matches. The experience of this season exposed what little strength-in-depth was at Klopp’s disposal.

There was no major signing making breaking news in the winter transfer window to try and plug the gaps either. Turkey international Ozan Kabak joined on loan from struggling German Bundesliga side Schalke, and has since established himself as a regular starter at Anfield alongside either Fabinho or academy product Nathaniel Phillips.

Weirder still, the Reds paid English Football League Championship club Preston North End a modest $675,000 fee upfront, as reported by Goal, and brought in Ben Davies. He hasn’t played a match for Liverpool yet, despite being a central defender. Klopp would rather play midfielders out of position than opt for specialist Davies in defense, trying any number of combinations there.

All the great Premier League sides of modern British soccer had settled rearguards. From the Invincibles of Arsenal through Jose Mourinho’s Chelsea teams and many incarnations of Manchester United under Sir Alex Ferguson, the fewest changes were in defense.

None of those vintage sides could have coped any better with an injury crisis in this core area of the squad. Liverpool have made the best of a bad hand dealt to them by lady luck, but they may not even be a UEFA Champions League club come next season.

In order to play in Europe’s elite club competition, which the Reds have won six times from nine appearances in European Cup and Champions League finals, they must finish their current domestic campaign in the top four. As of May 17, the soccer odds on offer at Betway say they are 1.30 chances to do that.

Going into their final matches of the Premier League season, Liverpool sit fifth in the table and just one point off the top four places. Time is running out for Klopp to close that admittedly small gap and he will need results involving other European hopefuls to go his way, but the confidence is there.

The Reds are far from alone in having a somewhat disappointing season. Merseyside neighbors and local rivals Everton began the campaign with plenty of promise under high-profile coach Carlo Ancelotti, but couldn’t build on their strong start.

North London teams Tottenham Hotspur and Arsenal haven’t mounted the challenges they were thought capable of either. In the case of Spurs, that has cost Mourinho his job, just like at Chelsea and Manchester United, but there is no suggestion, given the defensive injuries, that Liverpool owners Fenway Sports Group are thinking of sacking Klopp.

If the knock-on effect of the crisis at Anfield is that the Reds miss out on Champions League action for next season, then there are other less prestigious European competitions they may end up in. Klopp is no stranger to the Europa League after taking the team all the way to the final in 2016 in his first season in charge.

After a last-gasp win, sealed by goalkeeper Alisson’s 94th-minute goal away at West Brom, the red side of Merseyside will surely have their eyes firmly fixed on overtaking either Chelsea or Leicester in those Champions League spots, though.