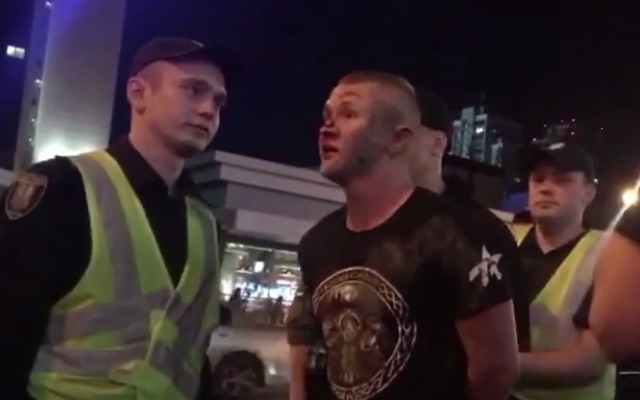 Not what they signed up for.

Ahead of the World Cup in Russia a lot of talk is about how welcoming the Russians will be to other nations and the fear of violence and hooliganism, and that image isn’t going to be helped by the news that a group of Liverpool fans in Ukraine for the Champion’s League Final tomorrow night were attacked by masked thugs in Kiev last night.

The shocking footage can be seen below, where a group of unsuspecting Liverpool fans were enjoying a meal only to be set upon by the hooligans who trashed the restaurant they were eating at – a place called The Rooster Grill. Several Liverpool fans were injured and two men were arrested following the incident.

You can see footage of the aftermath below, where the thugs throw tables and chairs around the restaurant in the seemingly unprovoked attack:

That does not look like a fun time and reminds me of when the Russian fans were attacking England fans in Marseille back at Euro 2016. Let’s hope we don’t see anymore of that in a few weeks at the World Cup.

Jason Frost, 50 from Nuneaton – obviously his parents were born in Liverpool or something, that’s why he’s such a big fan – said the following:

We were having dinner, completely minding our own business. I didn’t come here for this. I came to watch the football.

We’ve been here for four hours and then we’re getting attacked. They came at us like a pack of dogs. It just kept coming. It was terrifying.

Yeah, looks it. Again, let’s hope there’s no more violence before the final tomorrow night and that there isn’t any at the World Cup either. Not that confident of either of those scenarios playing out though.

For more football violence, check out this brutal Ukrainian football hooligan brawl. Nasty people over there.