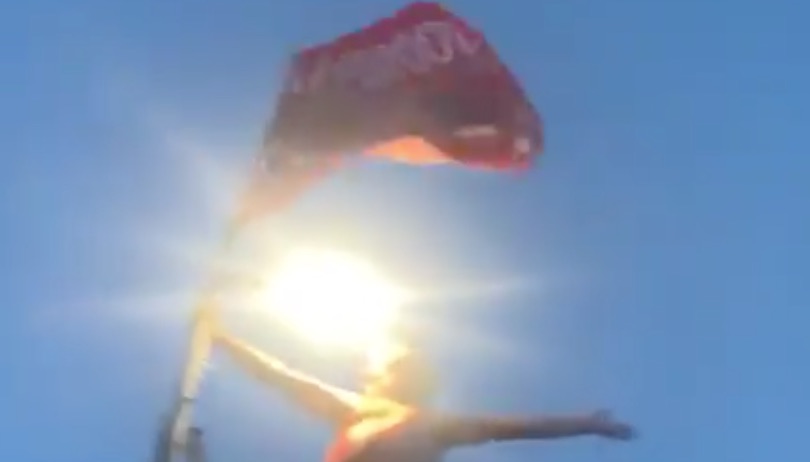 Yesterday marked a historic day in the history of the Premier League as Liverpool finally won the title for the first time since the inception of the competition and the first time in thirty years overall.

Obviously this meant a great deal to the people of Liverpool, who took to the streets of the city and danced around like idiots and let off a bunch of flares. One guy decided to wear a red leotard and plant a Liverpool flag on a lamppost, but unfortunately tried to hang off the top of the lamppost and ended up falling off in rather embarrassing fashion:

Just watch this all night … pic.twitter.com/ScuOCTfnUi

Ouch. Not sure what happened to the guy but the consensus seems to be that he went to A & E and is doing OK now, although I’m not really sure if you can believe the replies on Twitter about that sort of thing. Hopefully it’s only his pride that was hurt though.

If you are a Liverpool fan, enjoy yourself over the weekend and at least try and adhere to social distancing and be careful with what you’re doing so you don’t get injured. I know that’s gonna be difficult but give it a shot hey?

For more of the same, check out when Gonzalo Higauin celebrated a goal by motor boating a fan. What energy.