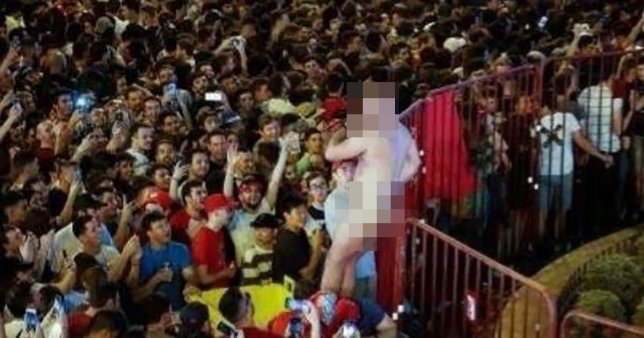 Someone got a little bit TOO excited.

Chances are you caught a load of the Champions League final last night, which saw Tottenham lose out to Liverpool by 2-0.

While it was a gripping watch, this year some of the most exciting moments happened off-pitch, one of those moments involving a man who got a little bit too excited while watching the game.

An unnamed Liverpool fan was pictured in the crowd at Madrid’s Puerta de Sol ‘pleasuring himself like a gorilla’ (not our words) in front of supporters. 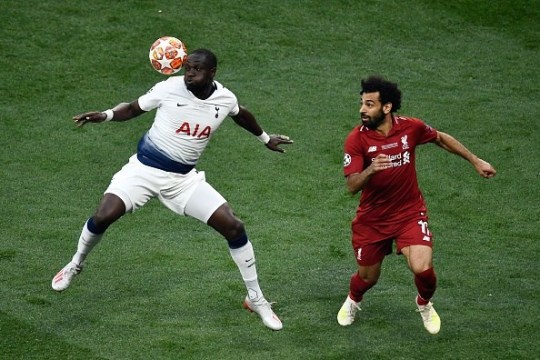 The 33-year-old was described as ‘very drunk’ when carrying out the act, and has since been arrested – not only for his public display of indecency, but also because he reportedly attacked an Italian tourist and a number of police officers. That’ll do it.

The man exposed himself, and then began to pleasure himself like he was a gorilla.

An Italian woman objected to what the fan was doing, and tried to remonstrate.

She then accused the man of putting his hand up her skirt, and when she complained further he hit her round the head.

She was badly hurt and needed attention from ambulance workers.

Just awful. When the woman was taken to hospital, she gave a description of the man, which led to his arrest. 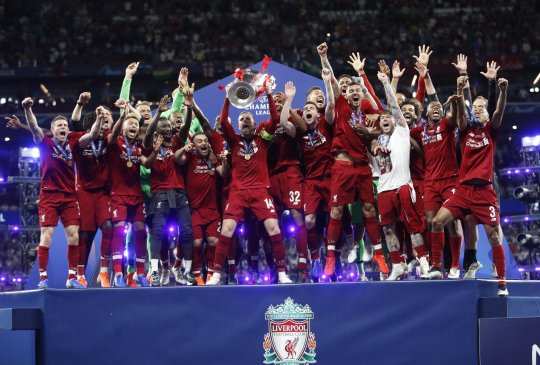 It was later confirmed that he was from the UK, making him one of five British football fans arrested in Madrid over the weekend.

This guy definitely took it to another level with his naked antics. Speaking of which, check out the guy who was banned from Virgin Active for life after he was spotted rubbing one out in front of a squatting woman. Truly grim.