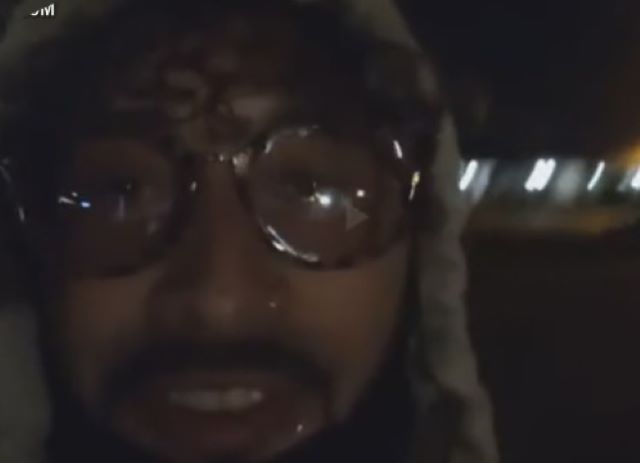 You couldn’t write this.

Clout chasing is a serious problem in the age of the internet, with people risking their reputations, job prospects and even their lives in order to wrack up social media likes and garner attention online.

This week, a YouTube live-streamer over in the States thought he’d look pretty cool crossing a busy street while paying no attention to his surroundings. In fact at one point, he brags about it by referring to himself as ‘first name Jay, last name Walking’.

All jokes aside, pretty amazing that he had a warning from that first driver and still didn’t think to look around for cars coming on the opposite side. It’s not even just that he was jaywalking or neglecting to look left and right; this guy is walking through a busy road in the nighttime with sunglasses on, while also wearing a hood and livestreaming. Darwinism at its finest or what?

Well anyway, hope he and the car are both OK although it’s pretty annoying to think that he’s glad this happened as he went a little bit viral over it. Although not viral enough apparently because I can’t find the dude’s name or channel anywhere. Not that I looked that hard, but still. Maybe try the same thing on some train tracks when he’s up and moving again?

For the gamer who didn’t realise he was live-streaming and ended up having a wank in front of 180,000 subscribers, click HERE.