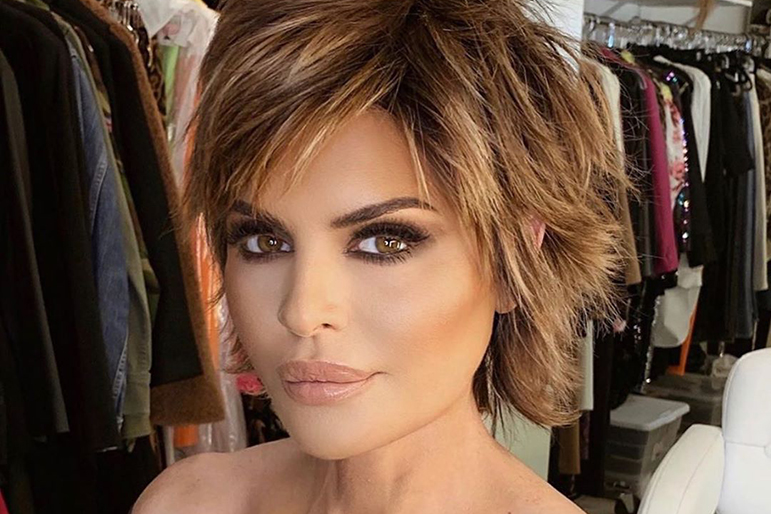 American actress Lisa Rinna celebrated her 57th birthday this week by posting a Playboy ‘birthday suit’ photo of hers from 1998, which is such a great photo that Instagram have broken their own ‘no nipples’ rule to keep it up on the site.

Unfortunately, not everyone else was as open-minded… (via PageSix)

“Always a huge fan, but this is a bit much,” one user commented.

“What is wrong with you???? You are supposed to be a role model,” another replied.

Not sure how many people out there really view Lisa Rinna as a role model but OK. Her own daughter, Amelia Gray Hamlin, posted the following comment under the photo:

Which some morons on Instagram interpreted as her daughter disapproving of her pics: 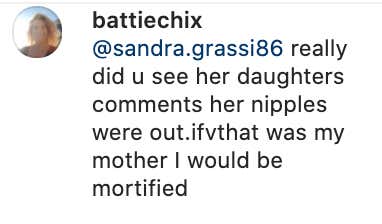 “If that was my mother…” is such a dumb comment to make. She’s not your mum and you’re not her daughter so who cares? It’s like they think her daughter hasn’t already seen all her mum’s Playboy photos already. Not to mention she seems to be taking after her, which I would say is the opposite of disapproving…

I don’t think her other daughter Delilah has a problem with it either, considering the sort of content they put out together…

If anything it looks like both girls really respect their mum, look up to her, and spend a lot of time with her. So who cares what a few haters on the internet think?

Not Lisa Rinna, that’s for sure…

P.S. Remember when she played Johnny Drama’s long-time crush in Entourage and ended up banging Turtle instead? Classic…

For the former Playboy model arrested for attempted murder of a mafia boss, click HERE.