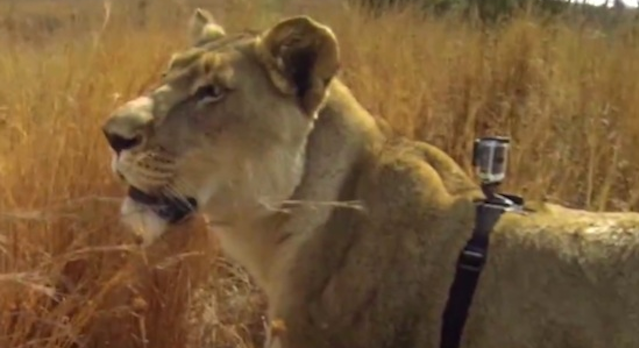 He’s taped a GoPro camera to the head oaf a lioness named Meg (sweet name bro) and followed her around the South African bush as she goes hunting for prey.  Kevin also finds it necessary to walk a few feet behind her and offer a fairly inane commentary to her actions in his dumb South African accent which kind of ruins the whole video, but it makes up for it when you Meg pounce and pretty much destroy this young waterbuck in one instant.

Pretty brutal and interesting to see, but is it as brutal as two giraffes fighting each other though? You tell us.