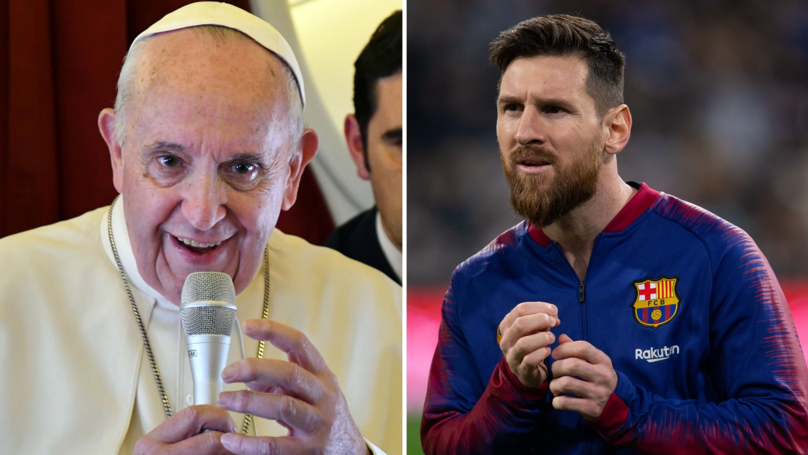 Pope Francis has said that it is sacrilege for people to call Lionel Messi ‘God’ and that fans are breaking the third commandment by using the lord’s name in vain.

He said during an appearance on Spanish TV show ‘Salvados’:

In theory, it is sacrilege. You can’t say it and I don’t believe it.

I think people say ‘he is God’ just as they say ‘I adore you,’ but only God can be worshipped.

Those are expressions from people. “This is a God with the ball on the field” is a popular way for someone to express themselves.

Of course, he is very good, but he isn’t God.

The 31-year-old Argentinian’s record-breaking career has led many fans to nickname him ‘D10S’, a combination of his shirt number and the Spanish word for God. 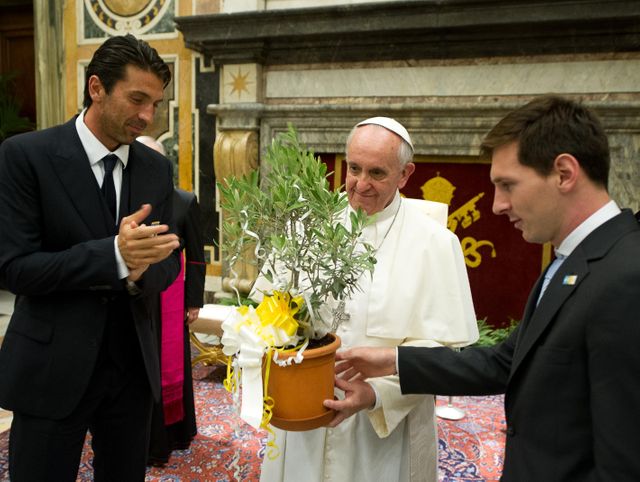 Sounds like the Pope is a little bit jealous of everyone calling Messi ‘God’ if you ask me. I mean Pope Francis is the most famous Catholic in the world, if you’re going to think of anyone as God it should be him, right? Wrong. The people have spoken and it turns out Messi is their God, not Pope Francis, and there’s nothing he can do about it. Tough luck old boy.

P.S. Has Pope Francis seen this video? Might change his mind:

For the supermodel who described sex with Lionel Messi as being ‘with a dead body’, click HERE.