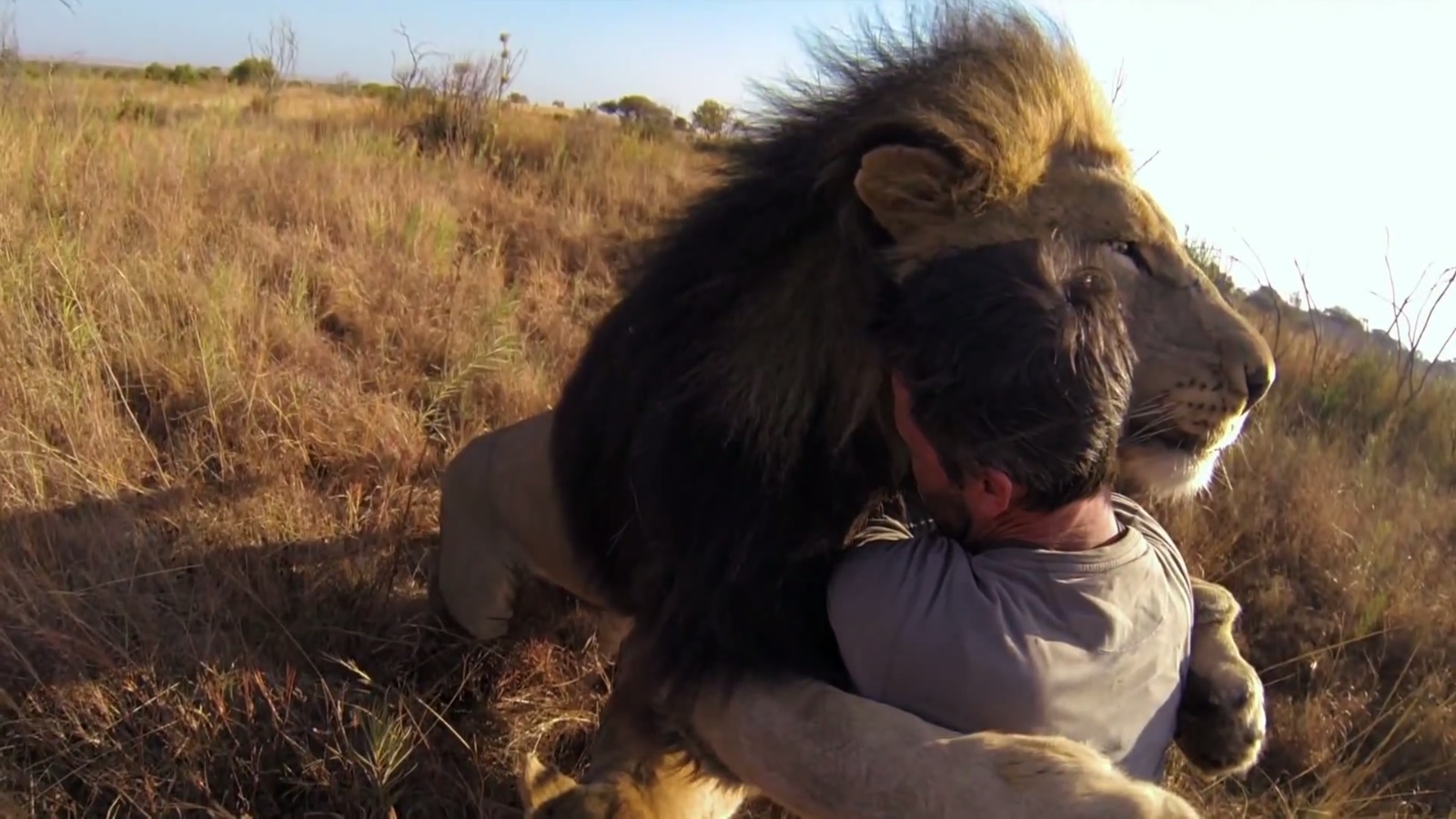 Kevin Richardson is a dedicated wildlife expert who bonds with Lions and raises awareness about this endangered species.

Ever wanted to hug a lion or cuddle a hyena? South African born Kevin Richardson aka The Lion Whisperer does just that in this GoPro documentary. The film shows him hugging and hanging out with lions as if they were domesticated dogs. He displays no sense of fear when around these animals and it’s heartwarming to see how friendly and affectionate they are with him. His documentaries and extensive research have been able to raise awareness of the declining number of lions in the wild and dispel many of the myths surrounding lions and their care. As a rule of his own personal safety, Richardson only bonds with lions he has known since birth. He has had several close encounters with these big cats who naturally bite and scratch other members of their pride. On the dangers of bonding with lions he mentions, “Obviously one realises the danger when working with animals of this calibre, I’ve weighed the pros and I’ve weighed the cons, and the pros far outweigh the cons.”

Here’s hoping they don’t turn on him one day when approaching him on an empty stomach.