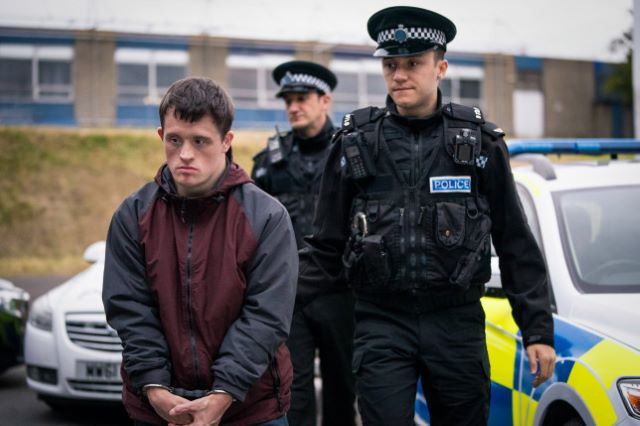 On World Down Syndrome Day, no less!

Line of Duty has been hit with a bunch of complaints after disabled character Terry Boyle was described by Ted Hastings as the ‘local oddball’ in the first episode of season 6.

The BBC revealed that 323 took offence to the line which was said by Adrian Dunbar’s Superintendent Ted to Tommy Jessop’s character who has Down’s Syndrome… on World Down Syndrome day, no less!

This was the line in question, in which Ted spoke about Terry’s possible involvement in the murder of journalist Gail Vella:

[Carl is] much more likely to be the gunman than the local oddball, that’s for sure.

And some of the responses online when the episode originally aired:

Now they’re exploiting a Down Syndrome man. This is just sick. #LineOfDuty

Jed Mercurio is a genius….but “local oddball” when referring to a guy with down syndrome…really?!🙃🤨😠 #LineofDuty

However, the BBC has defended the comment saying that the phrase had ‘no meaning or connotation’ linking it to Down’s Syndrome.

Ted Hastings has never met Terry Boyle. In the scene, he is reviewing the evidence against the character.

The word used in dialogue refers to an eccentric or loner, which fits the stalker/obsessed fan theory of Gail Vella’s murder. The dialogue has no meaning or connotation that relates to the character’s disability.

When put properly into context there, I think that’s fair enough. The character didn’t even know he was referring to a person with Down’s Syndrome, just a local loner who was suspected of a crime.

Furthermore, the actor’s mum told The Telegraph she didn’t see a problem with the line:

I didn’t think it was a big deal.

To meet the pervert who pretended to have Down’s Syndrome so he could trick female carers into changing his diapers, click HERE. Wow.