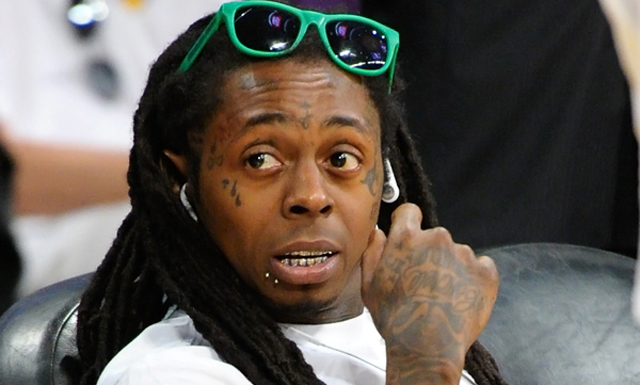 The rapper featured on ESPN’s First Take show a few days ago to talk about sports but towards the end of the interview he got asked about the incident, and was unaware it had even happened.

Earlier in the month, reports came through about a school in Florida that assigned Lil Wayne lyrics as English homework in an attempt to help some eighth grade students grasp at language concepts such as similes and metaphors. After trying the usual onslaught of Shakespeare and Edgar Allen Poe to little avail – one teacher decided to take a more youth-centric approach by setting lyrics to Lil Wayne’s ‘6 Foot, 7 Foot’ asking the kids to highlight examples of linguistic structure and rules.

Now I wholeheartedly agree that beyond the catchy misogyny, Wayne’s mouth is a projectile spew of analogies. They might not be Byron, but it’s there for sure. But after attempting to ignore complaints from parents, the school finally issued a statement apologising – basically blaming the kids for being disinterested and suspended the female teacher who had tried to problem solve, albeit poorly.

The rapper featured on ESPN’s First Take show a few days ago to talk about sports but towards the end of the interview he got asked about the incident, and was unaware it had even happened. You can watch the full interview here (skip to 7:41) but it’s a pretty dull interview and he speaks so goddamn slow I’ve pulled out what his thoughts were below:

“I’d never be embarrassed by anything I say because I say it and I mean it, but I don’t think that kids — I mean, I don’t think that you should be trying to teach it in any way to kids because I don’t record it and say it for kids to listen to it, but they will hear it. But it’s a difference between hearing and listening, you know? So, not that it’s OK for them to hear it, but if they hear it, then so be it. They hear it. But when you’re trying to teach them to listen to it, that’s a difference and I don’t try to teach them that. I do what I do and I don’t think that’d be right to try to teach kids about what I’m saying,”

You can watch the full report from NBC on the initial incident in the video below.