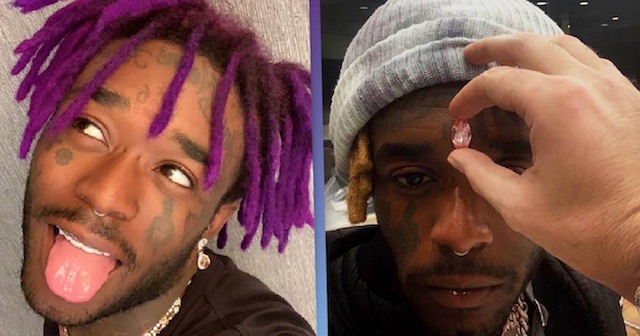 It’s often said that celebrities have way more money than sense and this has once again been proved by rapper Lil Uzi Vert who has decided to get a pink diamond implanted into his forehead for the cool price of $24 million.

Uzi chose to announce this decision via his Twitter account, where he also revealed that he’s been saving up to make this happen since 2017. I suppose that makes it slightly better than if it was just a spur of the moment thing? Or maybe not because it seems like he’s clearly thought about doing this for a long time and not realised that it’s a completely ridiculous fashion accessory to want and even more ridiculous when you consider how much it costs.

I just finished I was paying millions since 2017 . https://t.co/w5CAVWJRwQ

Err looks good? It’s not clear if the diamond has actually been implanted in his head yet although that one with the picture of him and the diamond on the head captioned ‘it’s time’ kind of implies that it might have been happening there and then. I guess we might find out in the next couple of days hey?

For more of the same, check out when the cops found 44 diamonds stuck up this guy’s butt. Ouch.