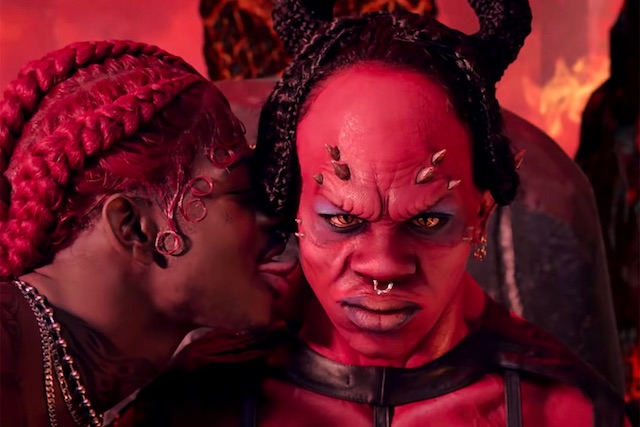 Listen to the lyrics.

You can’t really go anywhere online at the moment without hearing about Lil Nas X’s new music video where he ends up giving Satan a lap dance and getting bummed by him, with many parents calling out the rapper for making something so controversial and unsightly after his ‘child friendly’ hit ‘Old Town Road’.

The only problem here though is that ‘Old Town Road’ was never child friendly and literally features lyrics about doing drugs, cheating on your girlfriend and massive boobies – it was just co-opted by children because of the funky beat and Billy Ray Cyrus crooning on it. As such Lil Nas X has been quick to point this out to all the parents going crazy at him about this new video:

i literally sing about lean & adultery in old town road. u decided to let your child listen. blame yourself. https://t.co/gYmTi49BqB

there was no system involved. i made the decision to create the music video. i am an adult. i am not gonna spend my entire career trying to cater to your children. that is your job. https://t.co/SzjjYe2tf4

The guy has a point there doesn’t he? Problem is that ‘Old Town Road’ was so popular with little kids that they’re going to demand to hear this new song and then be confronted with him getting jiggy with the devil and their parents are going to hate it. Having said that though, it’s probably going to make coming out a hell of a lot easier for young kids coming to terms with their sexuality after seeing one of their heroes doing stuff like that, so is it necessarily such a bad thing if these crusty old parents get so upset about it? I don’t think so.

For more of the same, check out when Lil Nas X exposed Tekashi 6ix9ine for sliding into his DMs after he made a gay joke. Another legendary move from the guy.