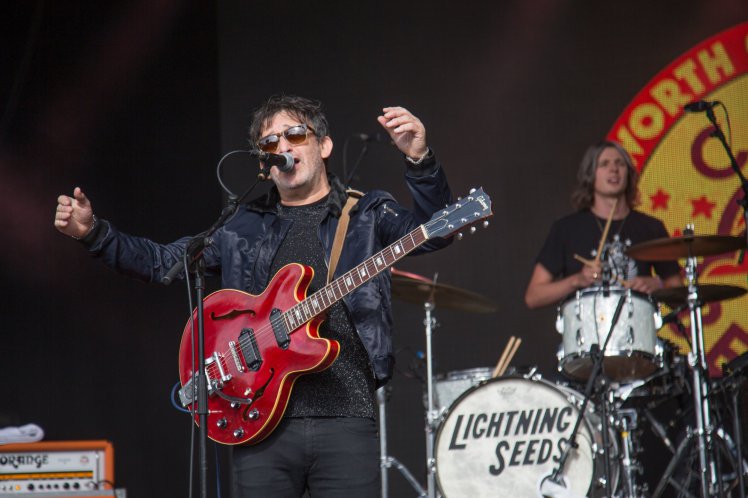 You can’t even walk down the street without someone telling you it’s coming home these days and there really is a sense of optimism surrounding this England squad that I don’t really think many people in this country have ever felt before in their lifetime.

Of course, the iconic Three Lions song was performed by The Lightning Seeds (along with Baddiel and Skinner) and they were playing some gig in Sunderland over the weekend and decided to bust it out for old time’s sake. Not really sure how often The Lightning Seeds play these days or if it’s usually a part of their set or not (you would think it was but you never know with these ‘novelty songs’), but whatever the circumstances it does give you chills seeing them playing it right now:

Where better to be then with the @Lightning_Seeds last night.

Broudie is such a brilliant bloke n all. Was telling me and @edcosens about how they wrote the tune.

Reverend & The Makers were supporting them btw if you were wondering why the tweet came from them. Shout out to the guy standing on the crowd too who looks like he’s having a whale of a time over there.

Kinda weird venue for a festival as it looks like it’s just on the side of the street somewhere, but maybe that’s just how they roll in Sunderland. Either way it’s another magic moment from this World Cup and hopefully there are a couple more coming too. We still believe.

For more of the same, check out the best ‘it’s coming home’ memes on the internet. Sweet.