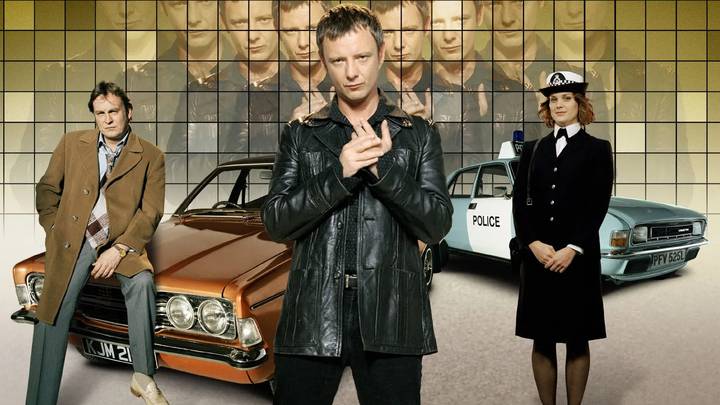 ‘Life On Mars’ was one of the BBC’s biggest ever TV shows when it aired about 15 years ago and I assume that most of us thought it was gone for good given that the second season finished 13 years ago and we haven’t heard anything about it since.

Turns out that’s completely wrong though as series creator Matthew Graham has announced that the gang will be back with a third and final series in the near future. People are questioning whether the statement is real as he made it on April Fool’s Day, but it was after midday and he’s insisted it isn’t a joke so I guess we have to believe him, right?

Hey @GMB I hear you want Gene Hunt back. Well that’s what we are planning. You may like to let people know that during our #LifeOnMarsLive tweet on April 1st 7pm we will be giving behind-scenes gossip and info on the Final Chapter.

And we’re off I hope! Ed Butt did the misc and its awesome. Ed Butt is a composer not a Gene interview technique. #LifeOnMarsLive

39 drafts of the script to get to this point.
Same as the number of lashes inflicted upon Jesus #LifeOnMarsLive

#LifeOnMarsLive We would never make another Mars unless we really had something to say and could push the envelope all over again.
Finally we have something.

#LifeOnMarsLive In fact we intend to get as many back (across both decades) as we can.
So when you wonder who will be coming back for The Final Chapter – think Avengers Assemble!

Can I say again to all including @RadioTimes who are suggesting that a final instalment of #LifeOnMars was an April Fool. 1 – you don’t play an April Fool after midday. 2 – I hate April Fool’s jokes. It’s for real. #LifeOnMarsLive

I mean it sounds like it’s real – there’s loads more tweets answering questions about it as well if you want to check them out – and I doubt he would go to all this trouble for some elaborate prank. Looks like everyone who was involved in the original is committed to coming back for this version as well to send it all off properly, which can only be positive news. Here’s hoping it lives up to the hype when we finally get to see it.

For more of the same, check out all the great UK shows that received American remakes that were terrible. So many of them.