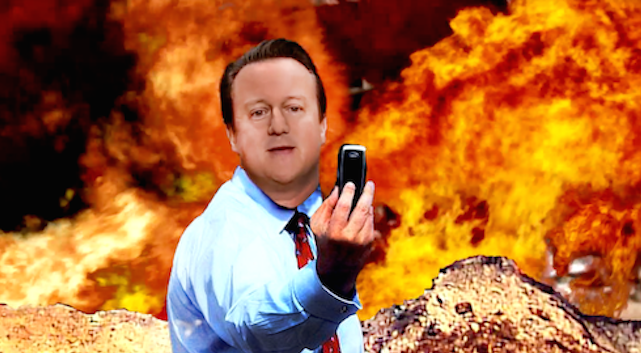 It’s time for a change in the politics of this country.

Unless you’ve had your head buried in the sand over the last couple of years (or twenty years really), you’ve probably noticed that the political elite of this country aren’t exactly doing a great job of running things: continuous pointless wars, broken promises, raising taxes, rising university fees and only yesterday banning some of our favourite pornography within the borders of our beloved nation.

It’s now time for a change and the LibLabCon movement is at the forefront of this. They’re an anonymous group of private individuals who are tired with how the country is being run and are actively seeking change within the political system by exposing the incumbent elite and their crooked ways. They proudly state that their campaign isn’t left or right wing but is merely aimed at the fact that the entire country is a mess with all current politicians treated with an equal amount of contempt.

The first introductory trailer for the movement below gives you a good idea of their values and strategy in their aforementioned desire for change:

The LibLabCon is desperate to alter the current state of political apathy that has enveloped the nation and is encouraging all sections of society to get involved in their mission by contributing art, graphics, stories, quotes, tweets, blogs, video, pictures or any other medium that they feel is appropriate to their campaign. They just want those people who think that they no longer have a voice in the political arena to once again feel that they can make a difference and let the current breed of politician know that the country will no longer take their crap.

There is no overriding manifesto in their campaign, but they are driven by the ideals featured in the greatest political document of modern times in the Magna Carta and the notion of ‘the foundation of freedom against the arbitrary authority of the despot’. Next year marks the 800th anniversary of this declaration and LibLabCon intends to celebrate this in style by making a concerted stand against the political elitee via a series of organised events that will culminate in one massive protest on June 15th.

Get involved and find out more information over at LibLabCon.com, but needless to say this is something that Sick Chirpse is backing and something that you should get involved with sooner rather than later as it could actually make a difference to the future of this country.