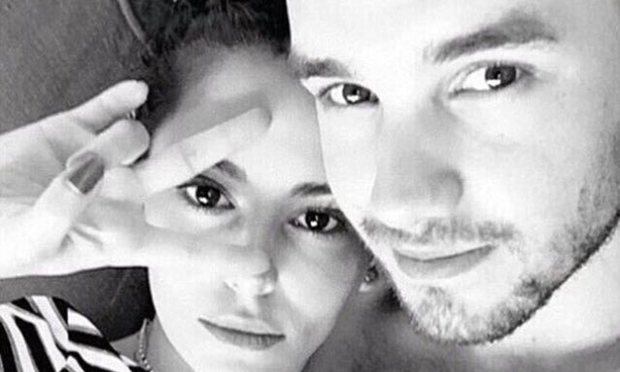 Cheryl couldn’t help but fire some shots back.

I always thought the only member One Direction fans cared about in One Direction was Harry Styles, but turns out I couldn’t have been more wrong. First, they went into meltdown when Zayn Malik announced he was leaving. And now they’re in nervous breakdown mode because Chery Cole (Fernandez or whatever she’s calling herself these days) is banging Liam Payne.

Ok but Cheryl and Liam … That's disgusting, keep it off my tl.

And Liam and Cheryl are a thing? This is just too weird for me

Obviously, Cheryl’s way too grown and famous to even address the fact a bunch of dramatic teenagers are wishing her dead, right? 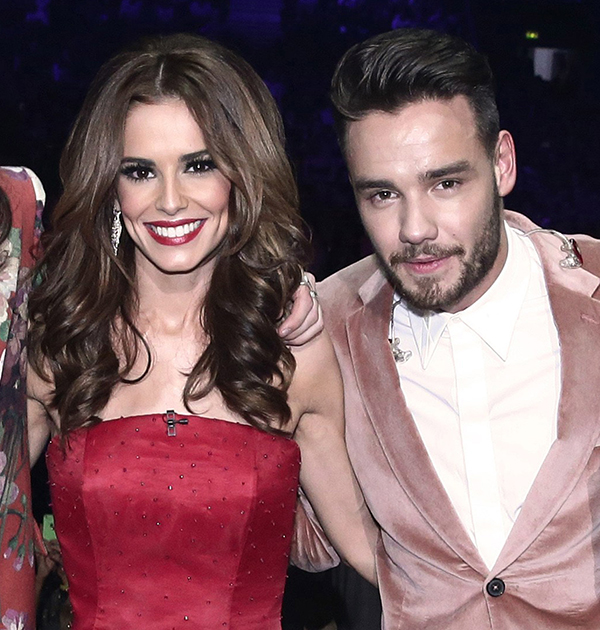 Wrong – she shared this message on Instagram earlier (since deleted): 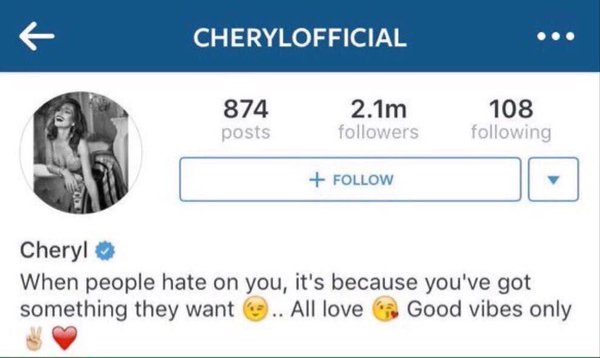 Here’s that bum cheek tattoo (NSFW) that one Tweeter is referring to.