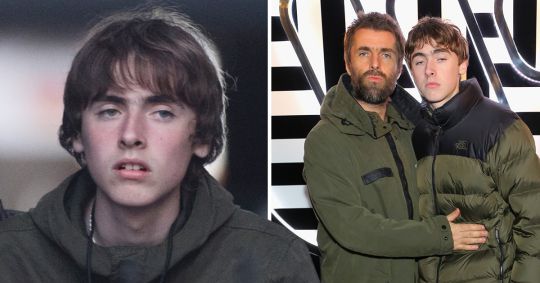 Oasis are one of the most adored rock bands in the world so it seems kinda like a bad move that Liam Gallagher’s son would attempt to emulate his old man as he’ll literally be compared to him for his entire career, but it looks like that’s exactly what he’s trying to do.

Gene Gallagher is Liam’s son from when he was with Nicole Appleton and has just turned 17 and formed a three piece rock band with two of his best friends called Grimmo. Gene is on vocals and guitar and also looks like he’s got that trademark Gallagher swagger and wardrobe.

Here’s what an inside source told The Sun about his progress: 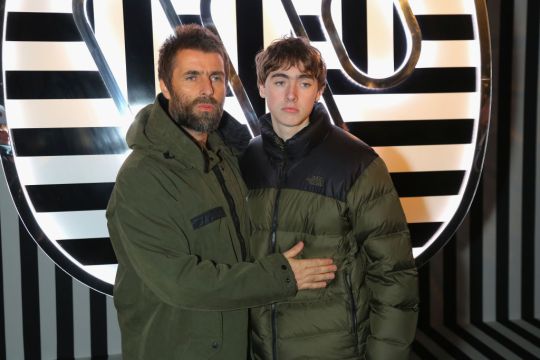 Gene has grown up surrounded by music and has always had aspirations to follow in his dad’s footsteps.

Earlier this year two of his best friends suggested forming a trio. They’ve got a bank of catchy new songs and there’s already interest from some big management companies.

Lol yeah I’m not surprised – even if the songs are shit people are still going to check it out and go to the shows because it’s Liam Gallagher’s son. Bet they’re all circling like the vultures that we all know dominate the music industry.

Not sure if I’m excited to hear Grimmo tracks or not. Fairly sure we’ll be waiting at least a couple of years whilst they get polished off by some music industry vets into whatever sound is going to be popular at the time anyway so nothing to get too excited about now. Oasis will probably have reformed by the time it happens to be honest. Just saying.

For more Liam Gallagher, check out what his real name is. I know, I was shocked too.