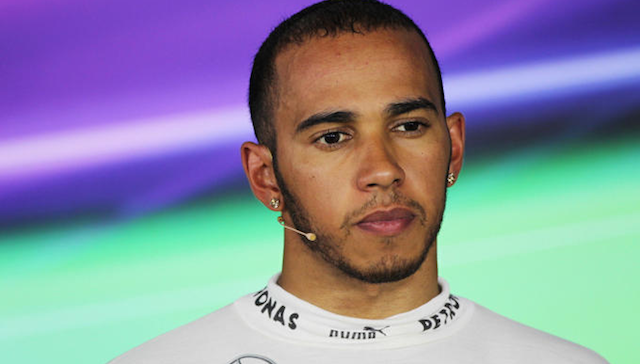 Fresh from winning the F1 championship, there’s only one thing on Lewis Hamilton’s mind.

Lewis Hamilton won the F1 championship in dramatic style last week so you would probably expect him to spend the off season celebrating right or maybe trying not to be a massive idiot on Twitter?

Well, you would be completely wrong because Lewis has got his eyes set on another milestone – recording and releasing his own rap album. As he’s married to Pussycat Doll Nicole Scherzinger, Lewis has access to her recording studio in their mansion and he’s been heading down their himself to try his hand at making some tunes – and he thinks he’s pretty good at it and plans to release an album in the very near future.

Lewis explains that along with F1, writing and recording music is his main passion in life:

At the moment music is just a hobby, but I’m very serious about it…I’ve actually been writing a lot during this whole year. When I was in Japan, I was in the studio, Monday to Wednesday. Then, Thursday to Sunday, I was racing. Then I was straight back in the studio.”

I built the [home] studio for Nicole, so she didn’t have to leave the house to go back to LA, and now she can hardly get in because I’m always in it. I like hip-hop. I listen to Jay-Z and Kanye, 2Pac and Biggie were my favourites when I was younger.

Well, that certainly sounds like it’s going to be interesting if nothing else. Lewis has been hanging out with both Chris Brown and UK producer Angel, who says Lewis has a very varied talent – he can do ‘dirty south style tunes, soul songs and pop bangers’. Let’s hope he drops some raps about F1 racing in there because you know that’s exactly what kids want to spit in playgrounds all over the country.