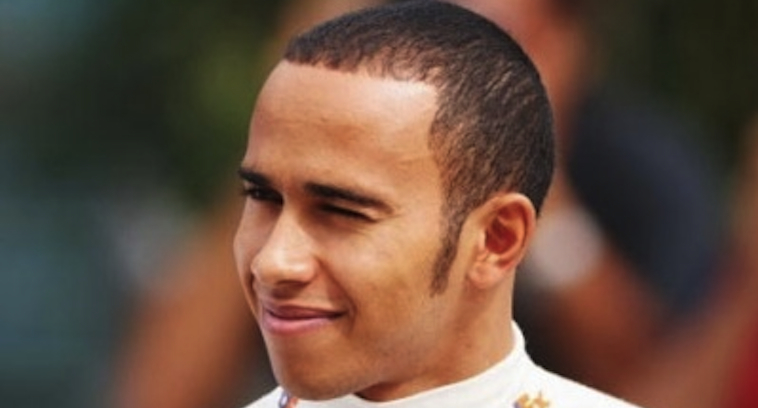 Lewis Hamilton becomes the latest celebrity to be a complete spaz on twitter.

I’m not really into F1 even though everyone seems to really love it these days. I just can’t get into it. I think it’s because at uni my old housemate Slatz was really into it and ordered a bunch of old VHS tapes of old F1 races and would just sit in his bedroom watching them all day and not coming downstairs and we all thought it was really weird and I kinda vowed never to get into after that. Maybe I should reconsider though because it’s common knowledge that Slatz is a complete weirdo, I mean check out this article he wrote about moving out of his parent’s house or this one he wrote about learning to drive and you’ll see what I mean.

Even though I don’t really like F1 though, I really love it when celebrities are idiots on twitter and it seems like F1 celebrities are desperate to beat footballers in these stakes and Lewis Hamilton has stepped up to the plate for team F1 with one of the dumbest outbursts on twitter yet. It was aimed at his current McLaren teammate Jenson Button. Here’s what he tweeted him about him about 15 hours ago:

This is already really stupid. I mean if you’re actually really pissed off that your teammate unfollowed you why don’t you just go and ask him about it? All that you’re doing by tweeting about it is making things really awkward between the two of you the next time you see each other and also invite twats like me to take the piss out of you on dumb websites like this. It gets even better though because about an hour later he tweeted this, which is really, really dumb:

I mean what can you say about that other than it just makes him look like a complete mongoloid? Like I said earlier if he had kept it all off twitter than none of this would have even come out and nobody would think he was an (even bigger) idiot. It’s also notable that Jenson Button didn’t say anything throughout this whole ‘scandal’ and hasn’t mentioned it since. It looks like he knows how to use twitter in a respectable fashion. I got really excited about the end of the tweet though, because hopefully if Lewis Hamilton is using twitter more often than he’ll be doing dumb stuff like this all the time and you know that’s going to be a blast.

Samuel L. Jackson Is Going Crazy About The Olympics On Twitter