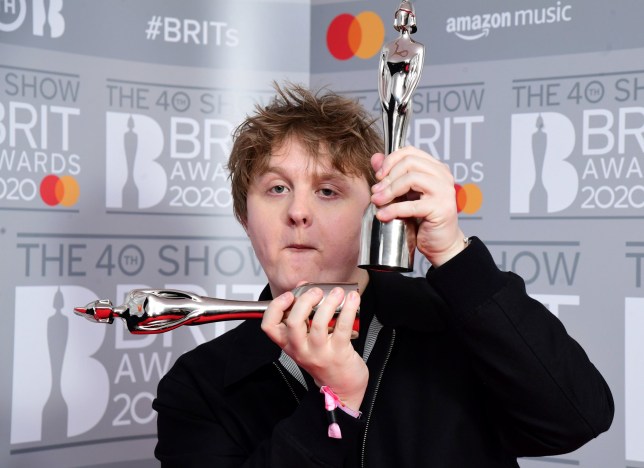 What do you give to the guy who’s become a global megastar over the last twelve months and then just picked up two Brit Awards and is celebrating with a bottle of Buckfast?

There’s not really that much you could really be that impressed with in this situation, but somehow Lewis Capaldi seemed pretty happy when he was presented with a packet of extra small condoms last night backstage at the Brits. The Scottish singer was talking to Capital FM when he was handed the gift and to be fair he did seem pretty stoked about it:

Hey @JLSOfficial. You’ve got some competition in the condom market from none other than @LewisCapaldi 👀 #BRITs pic.twitter.com/34K9bmGlvC

God that Lewis Capaldi, he’s just a regular guy, the kind of guy you would love to have a beer with and just shoot the shit with isn’t he? A real everyman and just so relatable – gotta love him.

Not sure if Lewis got to use his condoms last night, but I imagine even if he didn’t get laid he probably had a really good time celebrating his win. I mean look at the guy, he’s just one of the lads getting wasted and having a good time isn’t he?

For more of the same, check him out pissing himself on stage when he was trying to hit a high note. Such a normal bloke.