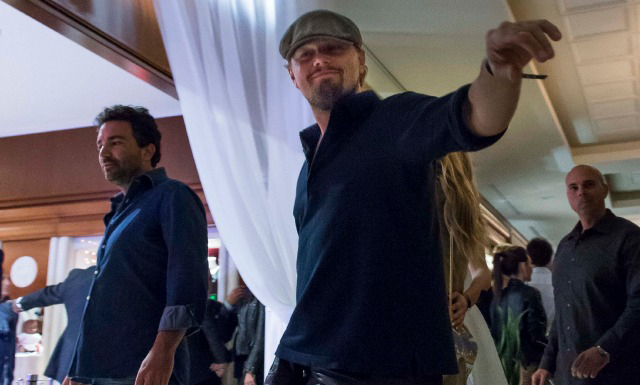 Leo DiCaprio is doing all the right things to shoot up our favourite celebrity power rankings.

What with his bad boy raving moves at Coachella and now refusing to turn up to a party where ‘Keeping Up With The Kardashians’ was being filmed, Leo DiCaprio is rising fast up our celebrity power rankings.

On his way to a massive exclusive party in LA, Leo decided to switch venues at the last minute when he heard that Brody Jenner (some half Kardashian or something) was DJing and that the Kardashian crew were all there supporting and filming for their TV show.

Leo instead took his boys and went to a Mexican-themed party.

â˜› More Leo: All Of The F Words In The Wolf Of Wall Street

What a champ. Of course he doesn’t want to be associated with some dumb ass reality TV programming; that shit is for watching from a distance so you can judge others and feel better about your own life. Fuck actually appearing on one of those programs or mingling with the twats who star in them, especially when you’re the hottest ticket in town like Leo. All that star power at one party and Leo just crushed all its credibility by simply not showing up. The reality is it was just not a party worthy of the King of Hollywood. At least not until the Kardashian crew pack up their shit and leave.