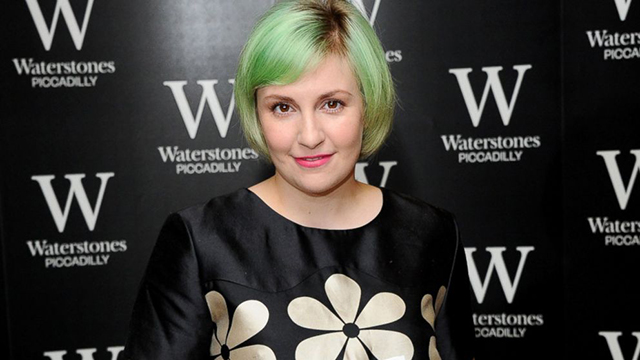 If you’ve not heard of Lena Dunham; she’s an American actress, writer, producer and director most famous for creating and starring in HBO’s ‘Girls’. She was on the Graham Norton show last week and was pretty fucking funny and likeable.

Anyway, she’s now been accused of sexually abusing her younger sister Grace Dunham, after pretty much “confessing” to it in several passages in her recently-released autobiography, ‘Not That Kind Of Girl’.

Here are a few excerpts that have got alarm bells ringing — what do you think?

“‘Do we all have uteruses?’ I asked my mother when I was seven. ‘Yes,’ she told me. ‘We’re born with them, and with all our eggs, but they start out very small. And they aren’t ready to make babies until we’re older.’” ”I look at my sister, now a slim, tough one-year-old, and at her tiny belly. I imagined her eggs inside her, like the sack of spider eggs in Charlotte’s Webb, and her uterus, the size of a thimble. ‘Does her vagina look like mine?’ ‘I guess so,’ my mother said. ‘Just smaller.’ One day, as I sat in our driveway in Long Island playing with blocks and buckets, my curiosity got the best of me,” Lena wrote. “Grace was sitting up, babbling and smiling, and I leaned down between her legs and carefully spread open her vagina. She didn’t resist and when I saw what was inside I shrieked.” ”My mother came running. ‘Mama, Mama! Grace has something in there!’” ”My mother didn’t bother asking why I had opened Grace’s vagina,” the 28-year-old creator, producer and star of HBO’s Girls continued. “This was within the spectrum of things I did. She just on her knees and looked for herself. It quickly became apparent that Grace had stuffed six or seven pebbles in there. My mother removed them patiently while Grace cackled, thrilled that her prank had been a success.

As [Grace] grew, I took to bribing her for her time and affection: one dollar in quarters if I could do her makeup like a ‘motorcycle chick.’ Three pieces of candy if I could kiss her on the lips for five seconds. Whatever she wanted to watch on TV if she would just ‘relax on me.’ Basically, anything a sexual predator might to do woo a small suburban girl I was trying. Maybe, I thought, she would be more willing to accept kisses if I wore the face mask my grandmother had for when she did her dialysis. (The answer was no.) What I really wanted, beyond affection, was to feel that she needed me, that she was helpless without her big sister leading her through the world. 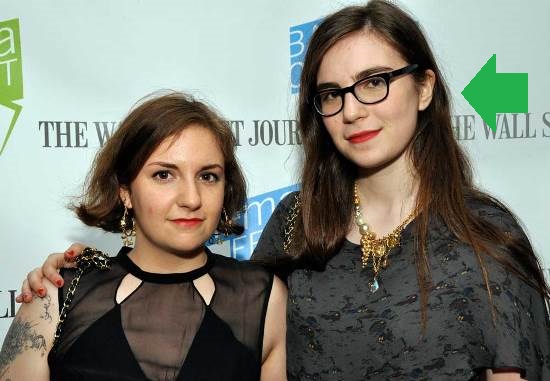 After the abuse allegation were made, Dunham took to Twitter to defend herself:

The right wing news story that I molested my little sister isn’t just LOL–it’s really f—king upsetting and disgusting. And by the way, if you were a little kid and never looked at another little kid’s vagina, well, congrats to you. Usually this is stuff I can ignore but don’t demean sufferers, don’t twist my words, back the fuk up bros. I told a story about being a weird 7 year old. I bet you have some too, old men, that I’d rather not hear. And yes, this is a rage spiral. Sometimes I get so mad I burn right up. Also I wish my sister wasn’t laughing so hard.

So yeah, there’s no denying that what she did to her sister is NOT normal; but is levelling sexual molestation accusations at her for something she did when she was 7 years old really fair? She herself describes it as something a paedophile would do to a child,  so she can’t be too surprised that she’s got a shit ton of backlash for this. Then again, she also plays it off as kind of just ‘girls being girls’. What can you say really? A weird situation and pretty fucking stupid to write about it (unless the backlash/media attention was the plan all along).

Suppose now’s a good time to remind ourselves of the Top 5 Incestuous Crimes of all time.