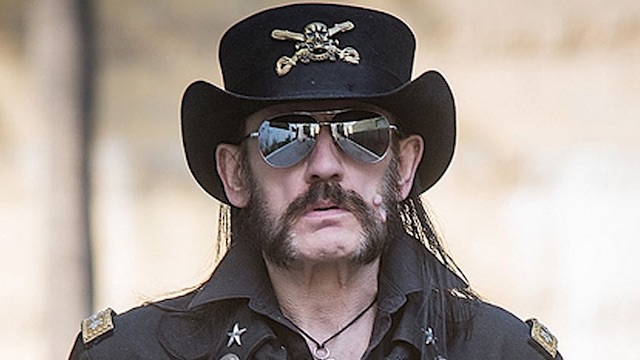 Even if you’re not even into rock n roll or thrash or whatever you would describe Motorhead as, then chances are that you’ll know who Lemmy is as he was one of the most iconic rockers to ever do it and given his penchant for living fast and going crazy, it’s not exactly that crazy that he did something completely out there following his death.

News is coming to light today from Headbangers Ball host Riki Rachtman who said that prior to Lemmy’s death in 2015 at the age of 70 from prostrate cancer and heart failure, he requested that his ashes be placed in bullets and passed along to his closet friends. Rachtman has only just received his according to the post he just put up on social media, which makes me wonder how long this process takes to sort out.

Before his death #Lemmy asked for his ashes to be put in some bullets & handed out to his closest friends Today I received a bullet & was literally brought to tears Thank you @myMotorhead pic.twitter.com/gnI9aWe4iU

Wow. You gotta admit that’s a pretty cool memento to gift to your buddies once you’ve passed on and to be honest, the fact that it took five years to show up probably makes it even more poignant as you wouldn’t be expecting a gift from beyond the grave at that point. RIP Lemmy.

For more of the same, check out this awesome custom Lemmy fire pit. What a tribute to the great man.