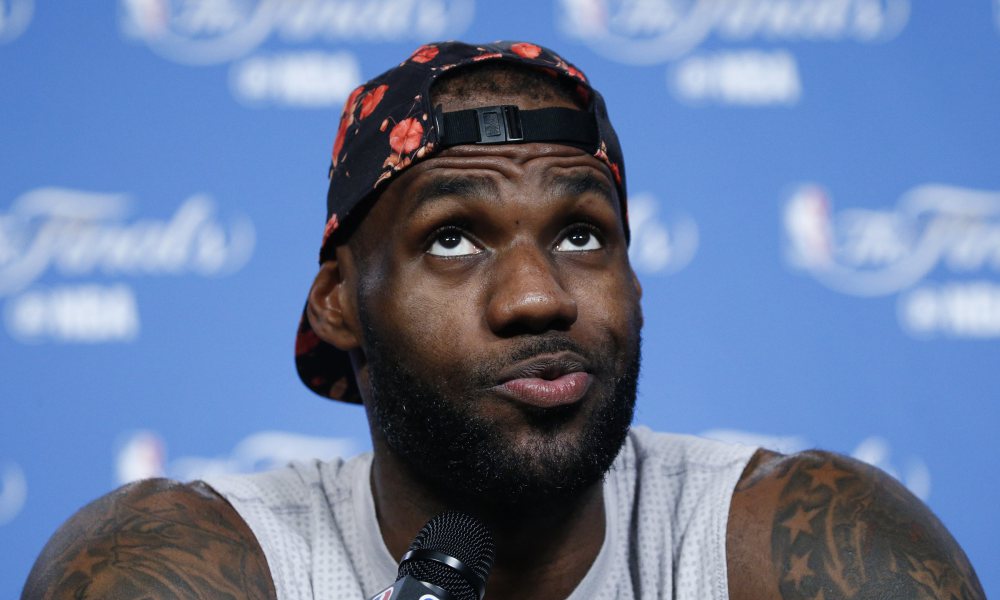 This is painfully cringe to watch.

Recently, NBA basketball star Lebron James claimed he watched the Godfather trilogy SIX TIMES to prepare himself for the NBA playoffs. It seemed like a fairly unlikely thing to accomplish considering how long those movies are, and especially while he’s meant to be training for the playoffs, but whatever.

Unfortunately for him, one journalist decided to call him out on his claims and asked him to quote something – ANYTHING – from any of the Godfather films.

His awkward response summed it all up really:

Has there ever been a more blatant lie told in the history of mankind? Sorry but Lebron James has NOT seen The Godfather films, let alone six times in the last few weeks. There’s nothing wrong with that but then why randomly bring up the fact that you’ve watched the trilogy six times (in the last few weeks) when you blatantly haven’t? No one even asked him, he brought it up all by himself. Why tie yourself up in a web of lies like that on live TV? I’ve never seen anything like it.

He even tries to say he can’t think of a quote because each movie is nine hours long. Err… even more reason why you SHOULD be able to think of one line, one scene, one character, anything at all!

Anyone who’s familiar with Lebron James knows he’s a ridiculous human being but this is mind-boggling even by his standards.

For the most insane ending to a basketball game you will ever see, click HERE.