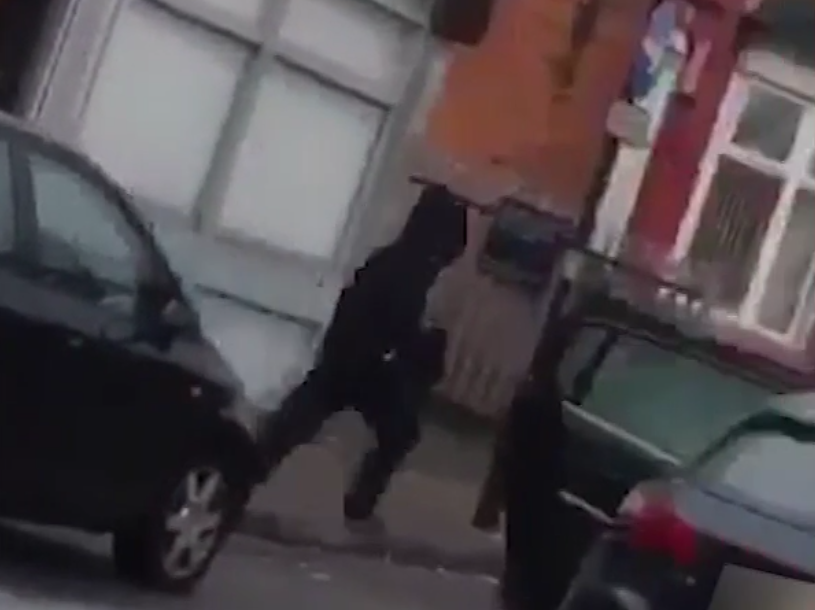 Shocking footage has emerged showing a group of bank robbers ramming a Mercedes 4×4 into a Barclays bank branch in the middle of the day.

The branch, which is situated on Stratford Road, Birmingham, was targeted by a group of masked men yesterday afternoon. The men had their faces covered as they smashed their way into the bank while passersby looked on at the scene in shock.

So far it is not thought that the police have made any arrests as of yet. However, they are investigating the scene, this video and the black car which was left at the scene, so it shouldn’t be too long before they find the culprits.

I want to know how much money these guys got away with. It’s not everyday that you see a bank raid in broad daylight – perhaps everyone was so caught off guard that they were able to get away with a pretty decent haul.

To read about the guy who tried to rob a bank after paying a wizard $500 to make him invisible, click HERE.