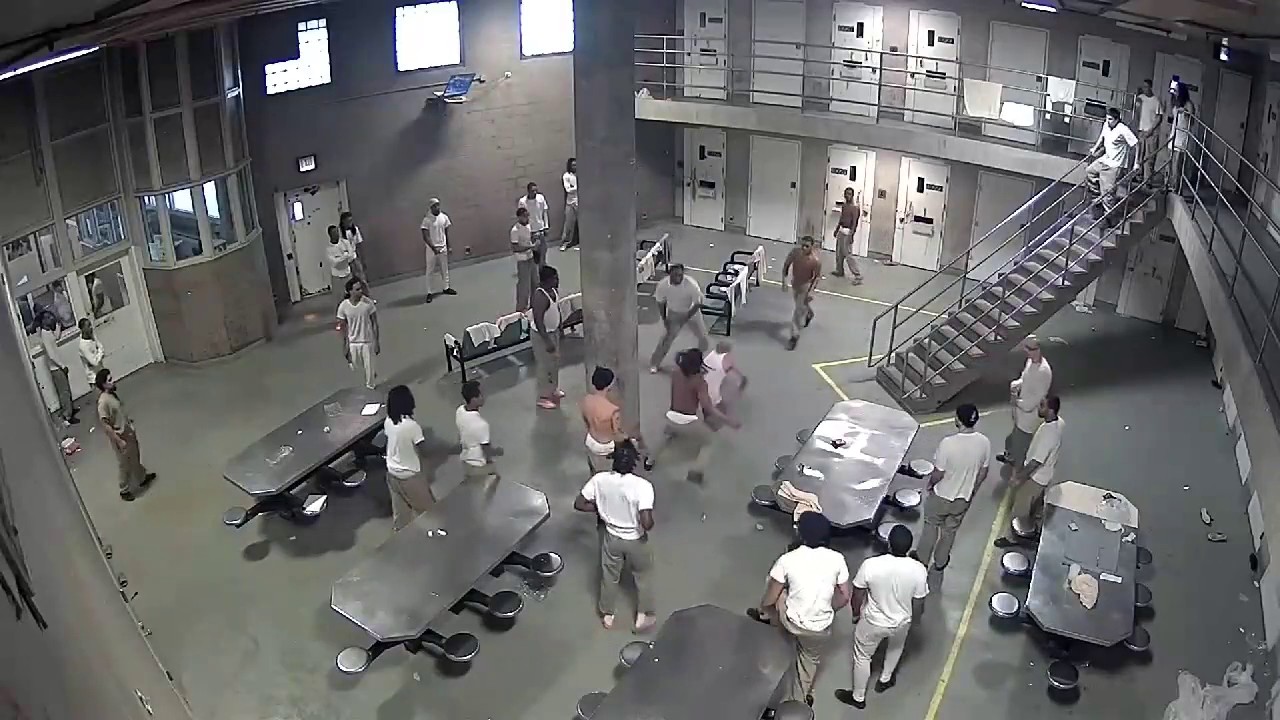 There’s so much going on in one shot.

I don’t personally need any incentive to try and keep as far away from jail as possible, but videos like this only make me more adamant that I’m never ever going to set foot in one of those places.

The footage below comes from Cook County Jail which is located in Chicago. It’s from the maximum security wing of the prison on Friday where a riot broke out between several of the inmates and it is brutal. At least five of them end up getting stabbed with shanks and maybe even more – there’s so much going on in the video that it really is hard to tell exactly what’s what, even after multiple viewings. Numerous weapons were recovered including two that appear to have been made from parts of inhalers:

Nasty. I can’t believe that so many people seem scared of that one dude who’s chasing them around, but maybe they’re just not getting involved because they don’t want to get thrown into solitary confinement. Either way, it’s not a situation I ever want to find myself in, that’s for sure.

For more prison riots, check out this footage that was leaked from the recent Kent Prison Riot. Not quite as brutal but still nowhere I want to end up.