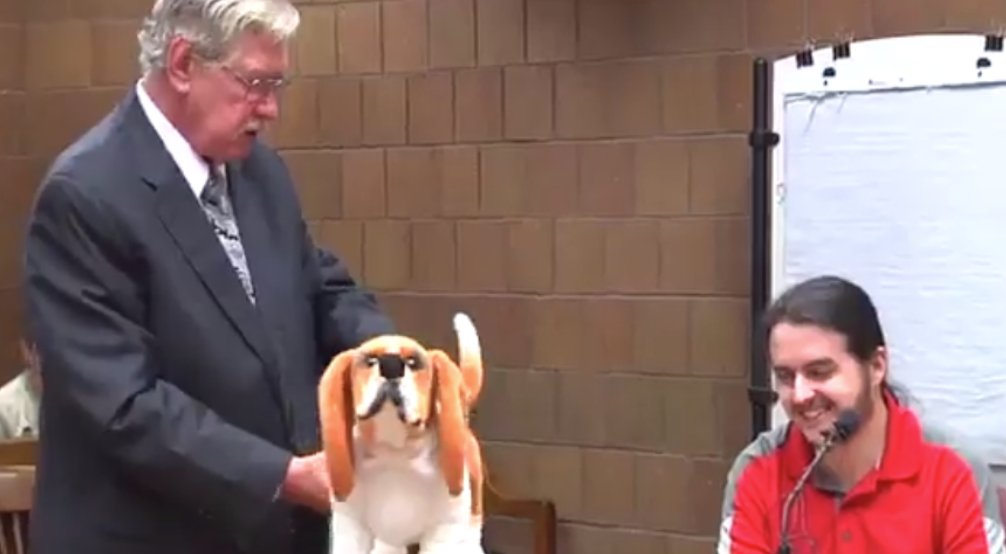 He really screwed the pooch with this one.

When it comes to the blog life there are certain titles you never imagine writing, and this is one of them.

Some context – Joseph Hattey, a physicist at Michigan State University, is charged with two counts of bestiality after he was accused of penetrating and inappropriately stroking his pet basset hound, Flash. Grim.

During the hearing, the prosecutor brought out a life-like stuffed dog and asked the witness to demonstrate what he saw 51-year-old Hattley do.

Video just came in of MSU bestiality case. Lawyer asks witness to use stuffed animal. "I'm going to ask you if you would demonstrate for the court please exactly what you saw him do," as witness struggles not to laugh. @FOX2News pic.twitter.com/QPt3suXJid

Imagine being a witness at a bestiality case and being asked to simulate sex with a stuffed animal in a room full of total strangers. You’ve already had the displeasure of seeing a dude shag an animal in real life, now you’ve got to re-enact it in front of an entire courtroom.

Just a shame the rest of the clip is unavailable. Did the witness actually dry hump the stuffed animal? Would he be held in ‘contempt of court’ if he declined? So many questions.

Somehow not as screwed up as the guy who was caught having sex with the alligator he kept tied up in his back yard.