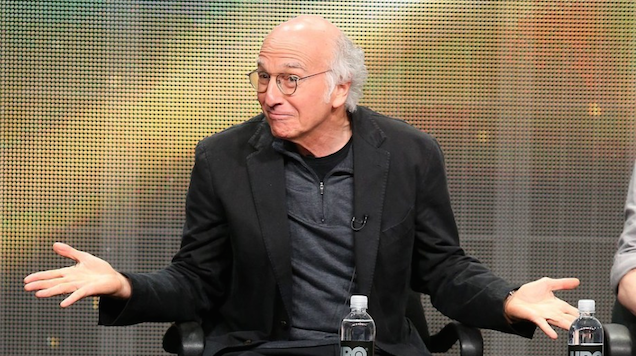 Bad news for everyone.

Bad news for everyone that likes great comedy – Larry David has revealed that it’s unlikely he’ll ever do another series of Curb Your Enthusiasm, which was last seen on our screens in 2011.

He explains why below, also saying that there’s a slight 6-1 chance of happening. Luckily for David he has a special deal with HBO whereby he can make a season of the show pretty much whenever he wants, but unluckily for us that doesn’t look like it’s going to be anytime soon:

I guess right now the odds would be against it, probably 6 to 1.

I got so much grief from theSeinfeld finale, which a lot of people intensely disliked, that I no longer feel a need to wrap things up.

I wouldn’t say I’m mad about [the reaction], but it taught me a lesson that if I ever did another show, I wasn’t going to wrap it up.

I’m just an indecisive fellow. You should see me at a restaurant! It’s a big decision to do a season of that show. I don’t take it lightly.

Whilst we’re all waiting for Larry to finally do the right thing and make another season, we can all laugh at this video of old Boca Juniors manager Carlos Bianchi looking and acting exactly like Larry David or check out some of his best bits in the clip below.