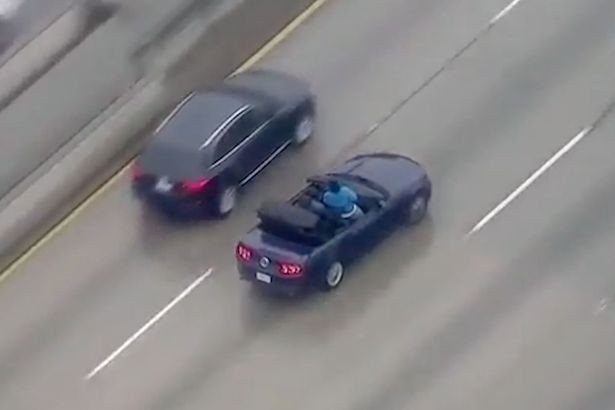 Los Angeles is pretty much known as the police chase capital of the world, and this crew of undesirables didn’t disappoint yesterday when they led police on a GTA V style run through Hollywood Boulevard, lasting 2 hours and gripping the whole world (well, some of the world) in the process.

Millions watched the chase unfold live on TV as the men performed donuts, took selfies and high-fived each other while the cops tried to stop them.

Check this madness out:

In the end the inevitable happened and the police caught up to them, but damn it looked fun while it lasted (ignoring how stupid it is to spark a police chase in the first place).

Here are the rest of the highlights:

Police chasing burglary suspects now driving down Hollywood Blvd. Waving to officers & tourist on the side of the rd pic.twitter.com/pL7xTjjImk

And you can catch the ending here:

Riveting stuff. They really made the most of their time in the spotlight I think.