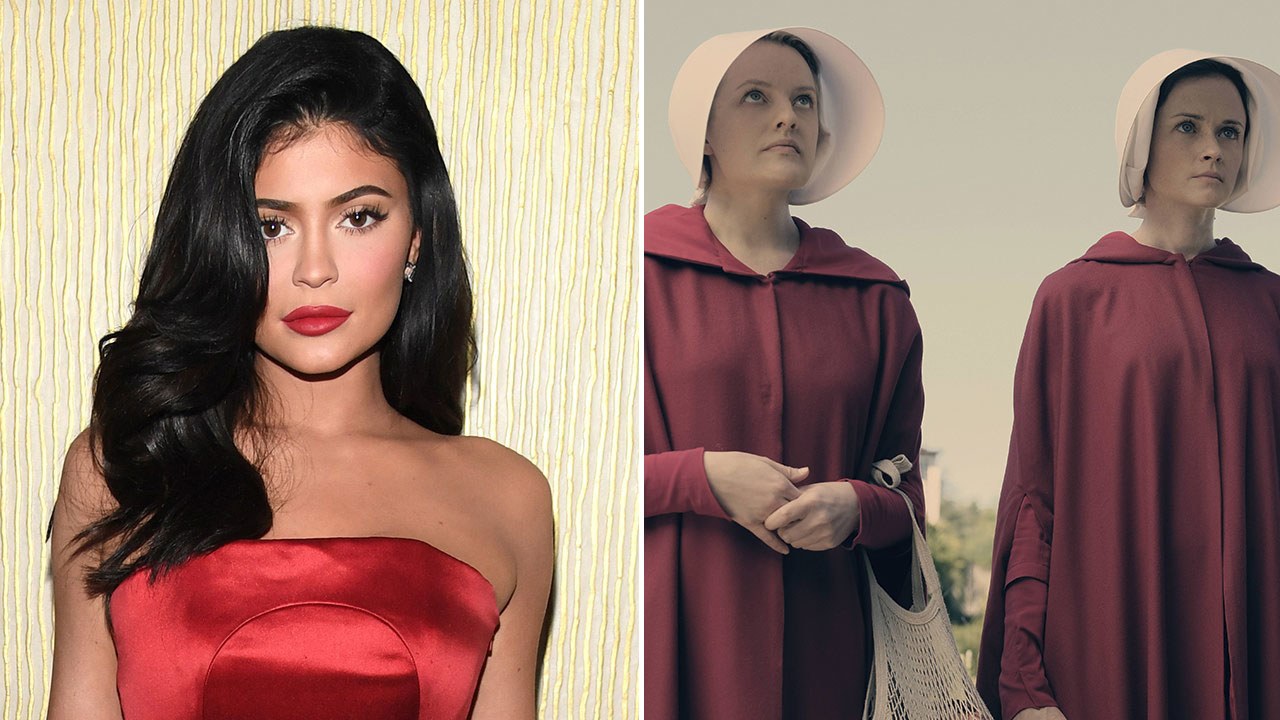 Who’s going to tell her?

When you think about the word ‘party’, you don’t really associate it with women being enslaved, abused and oppressed in a society where they have zero rights and are forced into childbirth.

Well, Kylie Jenner decided on this exact theme for her party on the weekend. If you’ve seen the Handmaid’s Tale, it’s probably some of the most depressing shit that’s ever been on TV.

Here’s the plot from Wikipedia if you haven’t seen it:

In the near future, fertility rates collapse as a result of sexually transmitted diseases and environmental pollution.[8] With this chaos, the totalitarian, theonomic government of Gilead establishes rule in the former United States in the aftermath of a civil war.[9][10][11] Society is organized by power-hungry leaders along with a new, militarized, hierarchical regime of fanaticism and newly-created social classes, in which women are brutally subjugated, and by law are not allowed to work, own property, handle money, or read.[11]

According to an extremist interpretation of the Biblical account of Bilhah, worldwide infertility has resulted in the conscription of the few remaining fertile women in Gilead called Handmaids.[11] They are assigned to the homes of the ruling elite, where they must submit to ritualized rape by their male masters in order to become pregnant and bear children for those men and their wives.

These red dresses that Kylie and her friends are wearing are what the Handmaids (the ones who are raped and forced to give birth) wear:

Obviously Kylie Jenner and the Kardashians are rich enough to not give a solitary shit about anyone being ‘outraged’ by anything they do, but still – this was just a hilariously tone deaf move from Kylie and the internet has responded in kind:

Kylie Jenner is having a party themed after the Handmaid’s Tale…..so…..who’s gonna tell her that her party is literally celebrating female enslavement for their biological reproduction??

WHO IS GOING TO TELL HER

I wanna throw hard copies of the handmaid’s tale at Kylie Jenner.

She’s been making money with products of questionable quality whilst exploiting insecurities of women, uses her employees as props & now she throws a handmaid’s tale themed birthday party. What is wrong with her?

Kylie Jenner throwing her friend a Handmaid’s Tale themed birthday party complete with robes, Gilead flags, “Praised be” vodka and “Under his eye” tequila is so tone deaf, at any time, but especially when women’s rights and autonomy are particularly under attack. Disheartening.

However while I agree it’s not the best PR move, at the end of the day it’s just a party themed around a show Kylie Jenner likes, so who really cares enough to be outraged by it? These girls are having a bit of fun and it literally does not affect women or their rights or the perception of them in the slightest if these girls want to dress up in Handmaid’s Tale dresses. But hey, Twitter’s always going to go in on people given half the chance.