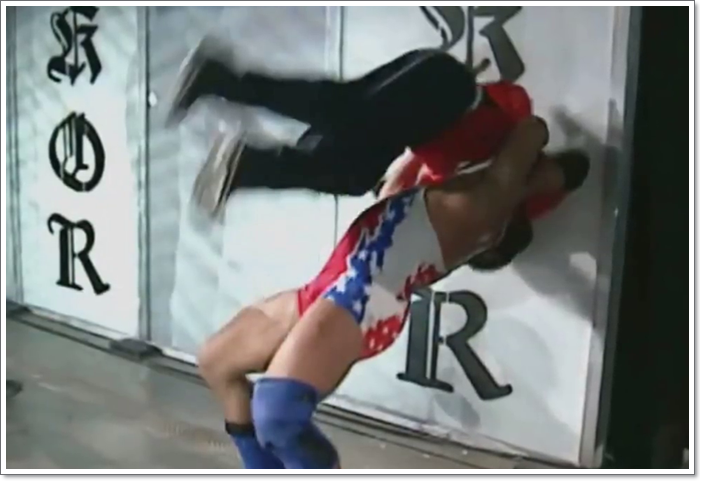 This could have gone so, so wrong.

If you’re a pro wrestler tasked with having a believable fight against the boss’s son, things can get a little bit tricky.

Luckily for former Olympic gold medalist turned pro wrestler Kurt Angle, Vince McMahon’s son Shane is happy to get the crap kicked out of him for the sake of good TV, so he allowed Kurt Angle to have his way with him during their match at the 2001 King of The Ring.

This was probably the most brutal part – Kurt dropping Shane on his head as he tried to suplex him through a glass panel:

Pretty sure that panel of plexiglass was supposed to break the first time Kurt Angle threw Shane McMahon into it, but I just love how he keeps on trying to put him through it instead of abandoning the spot altogether. What a pro! 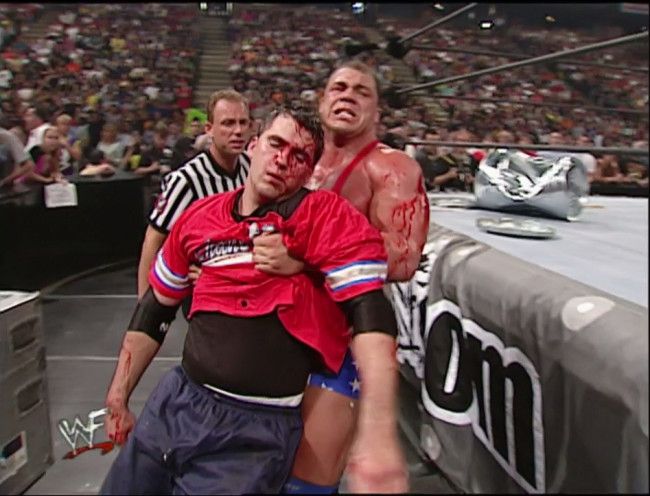 Here’s some cool footage of Shane and Kurt going over the match years later, including more clips from the match itself: