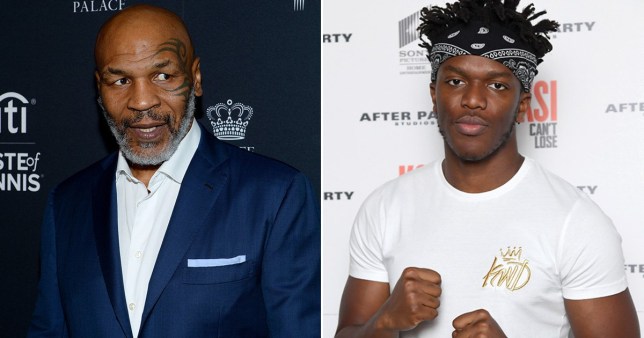 You would be feeling pretty OK about yourself if you had a 2-1-0 boxing record, even if one of those wins came from smashing YouTuber Joe Weller and the other win/draw came from beating Logan Paul. But would you be gassed enough to think you could beat Mike Tyson in a fight?

KSI was doing a video with the Sidemen the other night when he was asked who he thought would win in a fight between himself and 54-year-old Mike. 28-year-old KSI said he genuinely could because he has ‘age on his side’:

Oh my days, I actually think he’s being serious? KSI believes he could beat up Mike Tyson in a boxing ring, and also thinks Logan Paul could beat up Mike Tyson as well. There’s a load of people on Twitter who reckon he’s just bantering but I’m not so sure. I reckon he truly believes it. Even though the last we saw of 54-year-old Mike he was looking jacked as hell and feeling his old ferocious self:

Well either way, his buddies gave him a proper rinsing over it and rightfully so. Pretty sure the rest of those boys realise that Mike Tyson would take the entire Sidemen crew out including KSI with one punch each.

The only way to really find out though is to make this fight happen. Not that I want to see any YouTuber get brain damage or anything. Maybe after Mike Tyson is done with old rival Roy Jones Jr on November 28th? Or on the same card as the rumoured Floyd Mayweather Vs Logan Paul fight even. Now that’s a PPV I’d pay premium for.