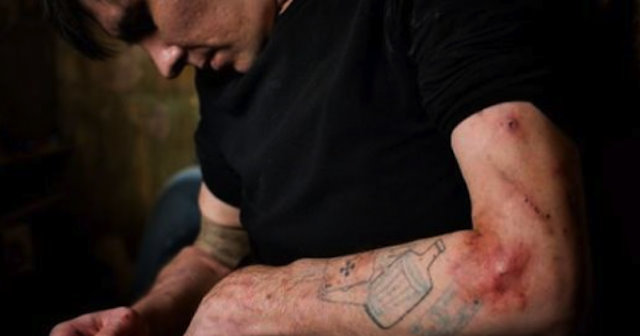 Krokodil is a messed up Russian drug that rots your flesh and kills you within three years – and it’s now landed in America.

“This is really frightening,” said one American toxicologist. “This is something we hoped would never make it to the US.”

Krokodil — which has been used in Russia since 2002 — is known for literally causing flesh to rot from addicts’ bones. Krokodil addicts tend to die within three years.

Krokodil is made from a boiled mixture of codeine, gasoline, paint thinner and alcohol — but it’s the gasoline that does the most damage. The reason it hadn’t caught on in the US until now is because apparently codeine is tightly controlled there (weird – we hear about people getting messed up on it all the time) and because non-flesh-eating alternatives like heroin are already available.

When heroin is the safe alternative, you know it’s some bad shit we’re talking about here. You’ll see for yourself when you get to the pictures below. The name krokodil refers to the fact the drug turns your skin into purple and green scales like a crocodile FFS.

We’ll stick to our non-flesh-rotting zutes thank you. Here are some nasty pics if you can handle them. Warning — they’re super gross:

â˜› Next: Last Weekend I Dropped A Bag Of Pills In Front Of A Police Officer 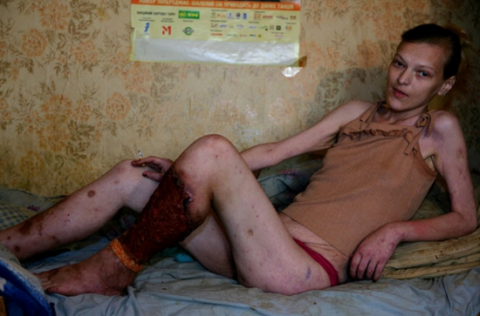 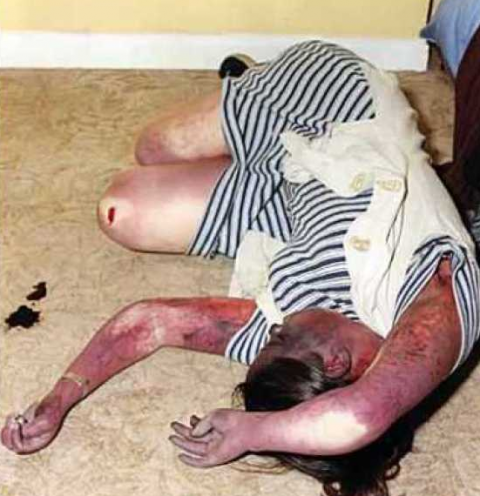 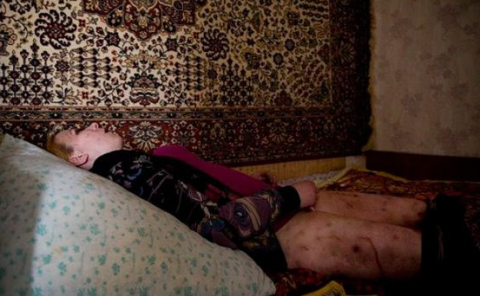 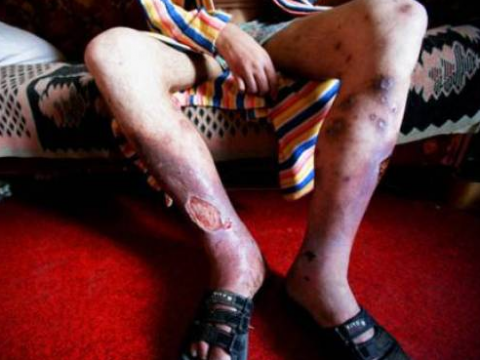 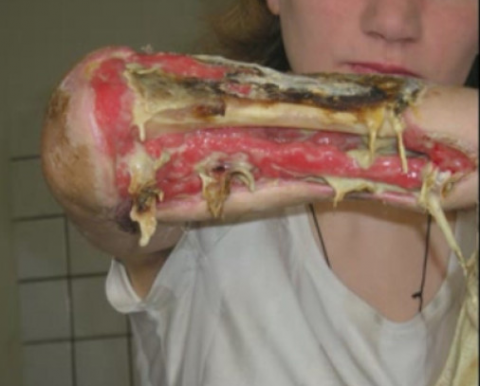