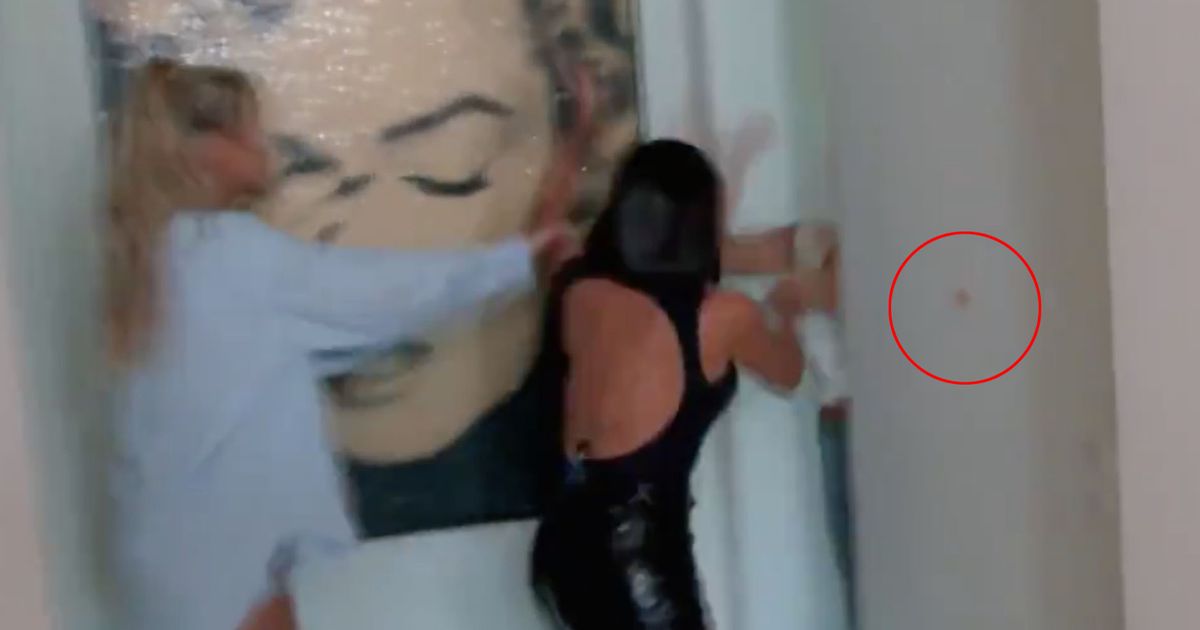 Kourtney has quit the show after battering Kim Kardashian on camera.

When I saw this clip pop up on Twitter, I thought it must be another staged scene for ‘Keeping Up With The Kardashians’ and the comments will just be ripping them for how fake it looks.

Well turns out Kourtney & Kim Kardashian really did get into a scrap while filming the show, and it’s resulted in Kourtney quitting the show altogether, according to The Independent.

Ouch! As you see in the featured image up top, that one slap from Kourtney spun Kim’s head so hard that her makeup went flying onto the wall. Meanwhile Kendall Jenner is just standing there looking pretty and Khloe is doing the world’s most ineffective “hey stop it guys” while the two sisters pull clumps out of each other.

Where was Kris Jenner – the queen mum of the Kardashians – during all this? Probably seeing $$$ in her eyes as she awaits the ratings on this latest episode. If I was betting man I reckon Kourtney will be back in no time as well. Does she even do anything else besides get filmed for this show?

For a look at how people freaked out over Kim K & Kanye’s walk-in fridge, click HERE.