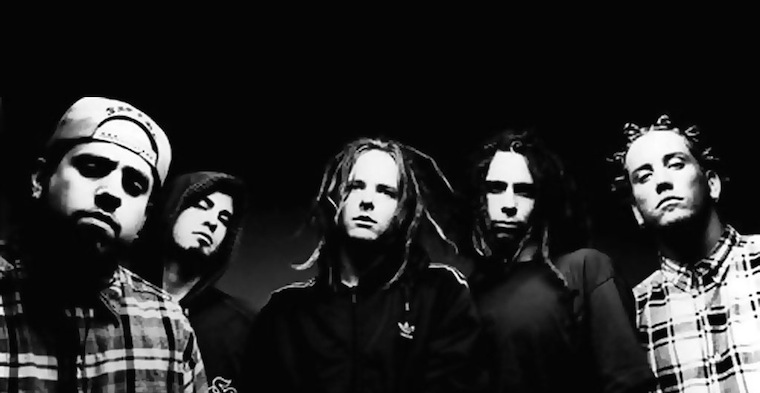 In one of the most outrageous statements that possibly anyone has ever made ever, Jonathan Davis from Korn has defended his band’s new direction (which you can check out here in their recently released video with Skrillex) by claiming that they were making dubstep themselves before dubstep was even a genre. Seriously dude!? Surely he must realise how pathetic and retarded that sounds!?

Here’s what Jonathan Davis actually had to say about it: ‘We were dubstep before there was dubstep. Tempos at 140 with half-time drums, huge bassed-out riffs. We used to bring out 120 subwoofers and line them across the whole front of the stage, 60 subs per side. We were all about the bass.’ Like, as someone who grew up listening to Korn I can kind of see what he’s saying but the fact is it wasn’t dubstep at all it was NU METAL, you know, the genre that Korn are almost universally acknowledged as having created. To see Jonathan Davis just banging on about how he invented dubstep is pretty embarrassing. Why does he even need to justify the fact that Korn have gone dubstep? It’s actually pretty good and better than most of the crap they’ve been churning out for the past ten years so I don’t really see it as that much of a problem.

However it seems like some of Korn’s fanbase do see it as a problem which is perhaps why Jonathan Davis felt compelled to make these outrageous claims regarding the origins of dubstep as he feels that ‘old school metalheads just won’t accept change.’ However, he’s been pretty excited by the response of the kids and had this to say: ‘These kids are onto something completely innovative and new. It’s pure and awesome and underground and heavy and different, not like stale-ass metal and rock’n’roll. It’s really cool to see glow sticks at the show, to see dance music culture infiltrating and becoming one with the metal community. At the last show, there was one mosh pit where they were moshing, and another with kids doing glow stick tricks. They were taking turns and shit. I think we’ve opened up a new style that both sides are happy with.’

To be honest, apart from saying that he invented dubstep, I’ve got to agree with the guy. Korn has been completely irrelevant to most people for the past ten years except those that still go out to rock and metal clubs every weekend and spend copious amounts of money on black hair dye and eyeliner, but it seems with their ‘new direction’ they might actually become cross over into the mainstream again. It’s certainly a bold move that should be commended, even more so considering it didn’t come out anywhere near as terribly as you would expect or anywhere near as bad as Lou Reed and Metallica. Korn have a new album out next week and I’m definitely going to download it, which is more than I can say for anything they’ve done since Issues came out. I don’t even know what Korn records have come out since then.

You can check out another new Korn song below. It’s called Narcisstic Cannibal (great name guys) and is another collaboration with Skrillex and is again surprisingly pretty good.