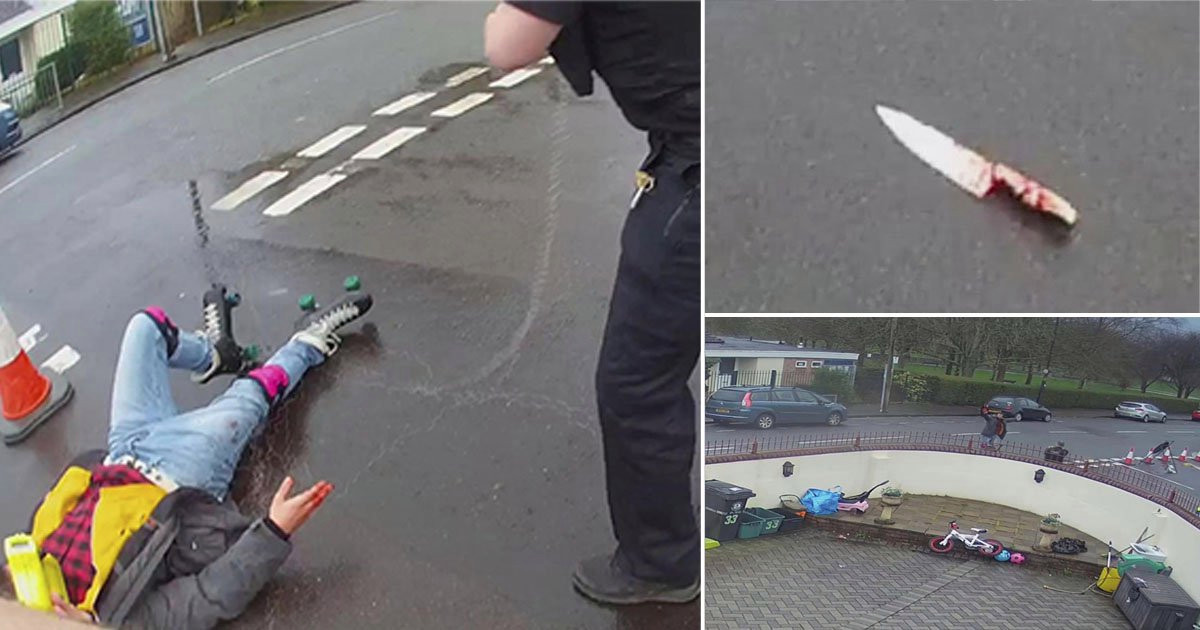 Imagine a knife-wielding rollerskater in pink shin-pads coming at you.

A man who was rollerskating around Knowle, Bristol looking for random victims managed to stab three people before being tasered and arrested by police.

Benjamin Bridgeman, 38, is now on trial at Bristol Crown Court facing charges of attempted murder, wounding with intent to cause grievous bodily harm, attempted wounding with intent and having an offensive weapon. He stabbed one man in the back, slashed another in the head, and stabbed a third man who tried to take him down.

As you can see around the 1:15 mark, Ben was also hit by a car but got right back up like the Terminator and carried on trying to stab people. It’s terrifying enough having a knife-wielding maniac coming at you like that but a knife-wielding maniac on rollerskates wearing pink shin-pads? Doesn’t get much more frightening than that.

Also debatable how much the rollerskates worked in Benjamin’s favour. Yeah OK they help him go after his victims quicker and might’ve assisted in a speedier escape from the cops, but he was also a bit wobbly at times and ended up skating into the path of a moving car. I guess their effectiveness would depend on how skilled a rollerskater you are. Not skilled enough apparently in this case.

According to Metro, Ben’s lawyer says he was ’employed and of good character’ at the time of the incident but had suffered a psychotic breakdown. The Bristol jury will now have to decide if he was insane when he put on a pair of rollerskates and went around looking for people to knife. I’d say there’s a decent possibility he was.

To watch a skateboarder nail the smoothest marriage proposal of all time, click HERE.