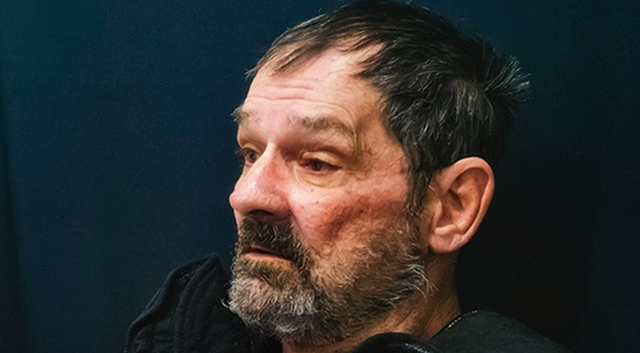 You probably haven’t heard the name Frazier Glenn Miller before but let me tell you he’s a piece of work – he’s a former KKK leader who is currently on trial for the killing of three Jews at two different Kansas Jewish Centres. However, despite his years of campaigning against lesser races, it turns out he might not be quite as straight cut as you might expect.

It turns out that as part of his current trial, extensive research has been conducted into Miller’s past and this has unearthed that he was once picked up in the back of a car getting down to business with a black male hooker in the 80s sometime. Apparently they were getting so deep down and dirty that the reporter who uncovered the story didn’t want to go into details as they were ‘quite salacious.’ Kinky.

Of course, this is a pretty shocking revelation given Miller’s outwardly racist (and probably homophobic) nature, and you would probably think that there isn’t really any excuse he could come up with to get out of it. But there is. Check this out: instead of full on denying the incident (which might have worked) Miller admitted that he was caught with the prostitute only that he had originally lured him to the scene to beat the shit out of him, only for things to get slightly ‘out of hand.’

Interestingly, it was also revealed that Frazier Glenn Miller wasn’t even the dude’s real name, and this was a new identity that was created by the FBI in the late 80s after he had been picked up by the cops for another crime and sold out his KKK buddies in order to avoid a long jail sentence. When he had served a shorter custodial sentence, his name was changed to protect his identity, although he still remained a stone cold Nazi and got even more violent as time progressed.

Fortunately for him, none of his new buddies knew about his little dalliance with the black male hooker which probably made fitting in a whole lot easier. The past always comes back to haunt you though, wherever you go.