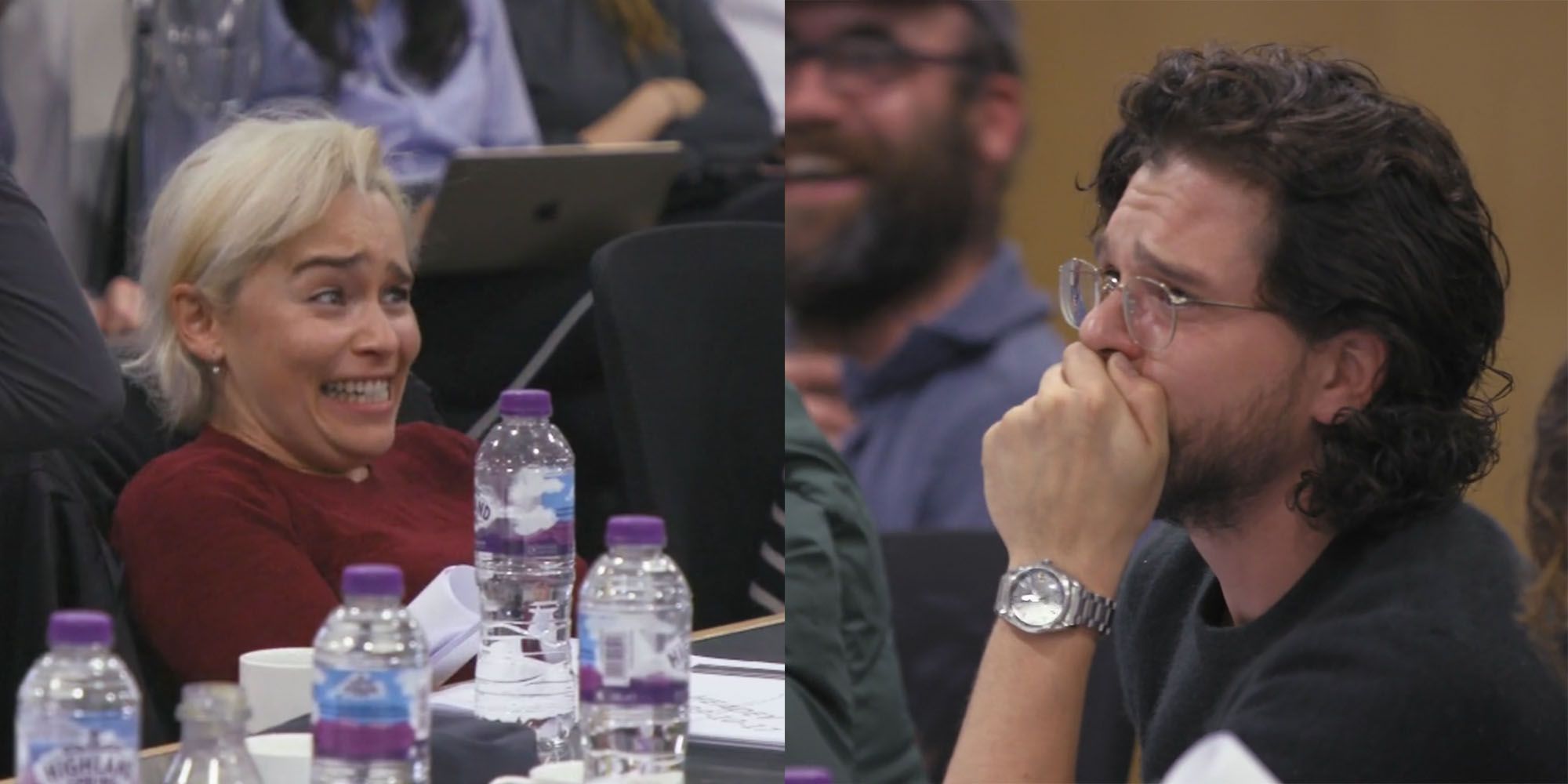 HBO is airing this new 2-hour documentary called ‘Game of Thrones: The Last Watch’ which is all about the work that went into the final season of Game of Thrones. And boy oh boy even though it’s just a behind-the-scenes documentary there’s a lot of drama just in these two clips alone.

First we have Kit Harington bursting into tears during the cast table read as he discovers he’s the one that’s going to kill Daenerys:

Wow, properly taken aback wasn’t he? I don’t think he was faking that in the slightest. I do love how Sophie Turner AKA Sansa just laughs in his face though.

I’m not sure why they said ‘end of Game of Thrones’ after that scene because I’m sure Jon Snow kills Daenerys like half an hour into the episode, but that’s neither here nor there.

There’s also this awesome bit where everyone finds out that Arya kills the Night King. Look at Jon Snow trying to act like he’s not completely gutted:

Very cool indeed. Give us more of these behind-the-scenes documentaries on every TV show going forward. I’m not sure who’s in charge of stuff like that but I’m sure they’re reading this on Sick Chirpse right now. Do you think you could make that happen mate? Cheers.

For must-watch footage of Snoop Dogg watching the Game of Thrones finale and freaking out, click HERE.