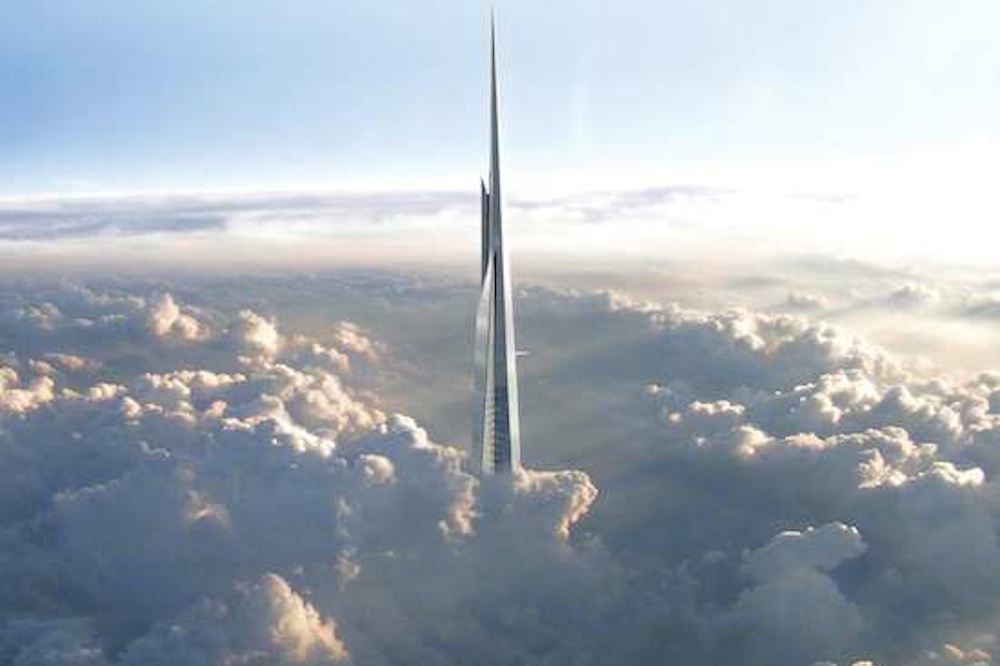 The tower is called Kingdom Tower and will be 1000m tall, pretty much dwarfing the Burj Khalifa which is the current tallest building in the world at 828 metres. Kingdom Tower – as it will be known – will be located in downtown Jeddah in Saudi Arabia. It’s currently under construction and builders are using the tallest cranes in the world and the strongest cement in the world to make sure it’s just right for them.

The building will feature 59 elevators for its 170 floors with five of them being double decker elevators, which is a concept I’ve never even heard of before. It will feature the fastest elevators in the world too – travelling at 41 feet per second. Unfortunately not all of them will be able to travel as fast as this or even normal elevators though because the change in air pressure at that height would cause people riding in them to be sick. That’s absolutely crazy to me that you could ride an elevator that high in the sky but I guess it’s 2015 now huh?

The tower is going to be the centre point of a brand new ‘economic village’ which Al-Waleed hopes will attract foreign investors to the region and create the jobs that are needed there. It should be finished in 2018 if everything goes according to plan. You can watch a news report on the beginnings of its development below.