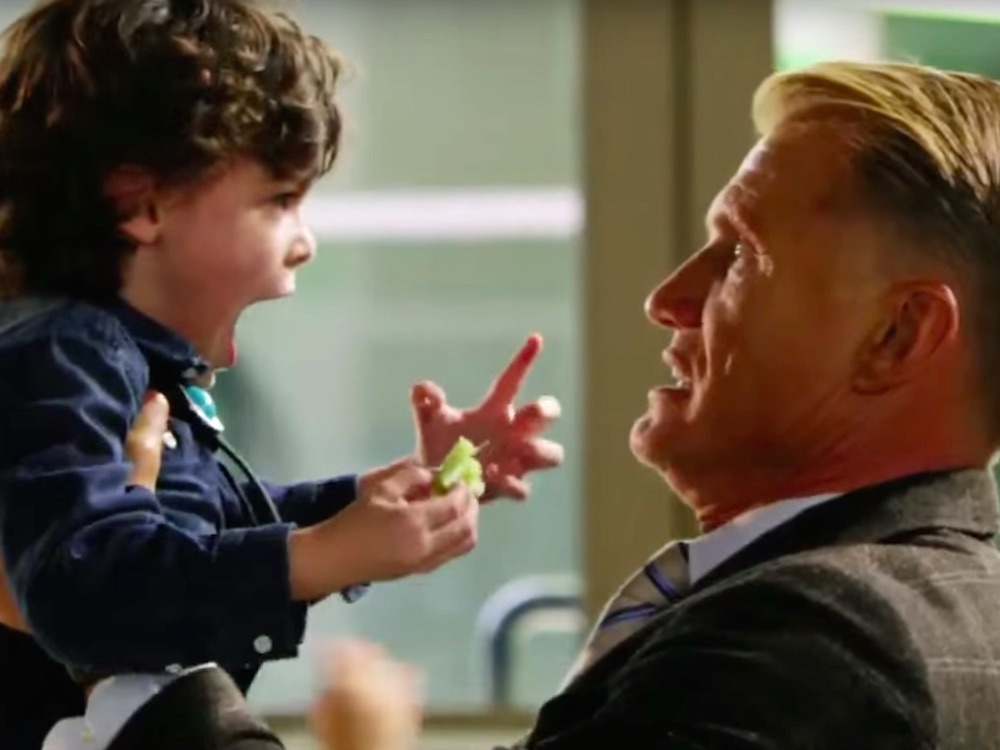 26 years after the original.

Kindergarten Cop was probably one of the biggest comedies of the 90s and from what I remember of it a pretty funny movie too. However, that doesn’t necessarily mean it needs a sequel 26 years later.

It seems like the filmmakers haven’t strayed too far from the concept of the original as they’ve roped Dolph Lungdren in to play the cop who has to go undercover in a kid’s school to try and recover some important information. Of course, there are a couple of slight differences too, mainly that Dolph Lungdren isn’t the world’s biggest action star in 2016 (and never was) and the movie is going straight to DVD rather than being a major worldwide release. But I guess a lot changes in 26 years.

If you check out the trailer below, you can probably understand why it’s going straight to DVD:

Ouch. That was painful. For a so called comedy movie I don’t think I laughed once, and you’re supposed to put at least one of the best bits into the trailer right? I’m not going to be buying it on DVD I don’t think, not even if they release it in a box set with the original Kindergarten Cop.

I suppose we can at least be thankful that it’s a sequel and not a remake or a reboot (even though it might as well be as it doesn’t look like it’s got any relation to the original film) because I think we’re all frankly getting sick of those. Actually, maybe the reboot of another classic 90s film might be good, if it ever gets going.