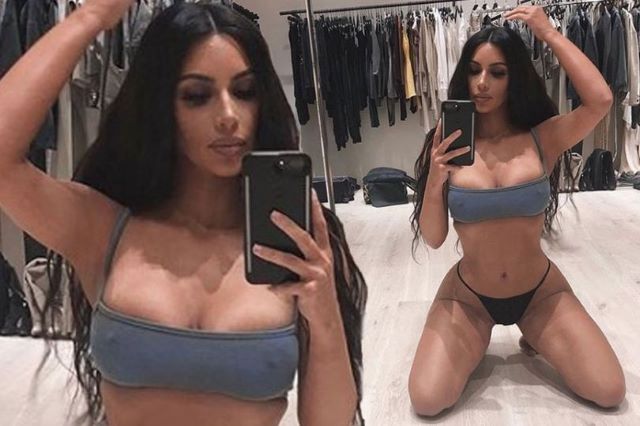 Say what you want about Kim Kardashian, but don’t ever accuse her of not being self-aware after she recently admitted she would not be as successful without her sex tape scandal.

While she says she wishes the 2002 sex tape didn’t exist, Kim acknowledged it had a big part to play in her superstardom…

Does Kim think “Keeping Up with the Kardashians” would have been successful if her 2002 sex tape had not leaked?

She commented, “Looking back, probably not. I think that everything happens for a reason, and I really try to, like, live like that. And every time there’s, like, something and a crazy scandal that feels like you can’t breathe and how are you going to get through this, it always is a lesson. Even if it’s a private lesson, or even if it’s just something that we didn’t know we had to go through.”

As I say – top marks for self-awareness. If you think about it she isn’t really ‘successful’ at anything aside from being famous. Being famous is literally her success! And she’s only famous because of the sex tape which her mum built an entire Kardashian family empire off the back of.

So yeah, it’s good to see that Kim Kardashian hasn’t forgotten where she came from. Having the sex tape leaked must have been mortifying, but it got her to where she is today. Enough time has passed now where everyone realises she was young, hot and dating an R&B singer who wanted to film a sex tape, so it’s not even that big a deal anymore. Yeah OK the whole world has seen Kim K suck dick on camera, but she can now have literally anything she wants on this planet because of it. Seems like a pretty decent deal.

For the time Kim Kardashian’s daughter asked her “mom, what are you famous for?”, click HERE. Awkward.