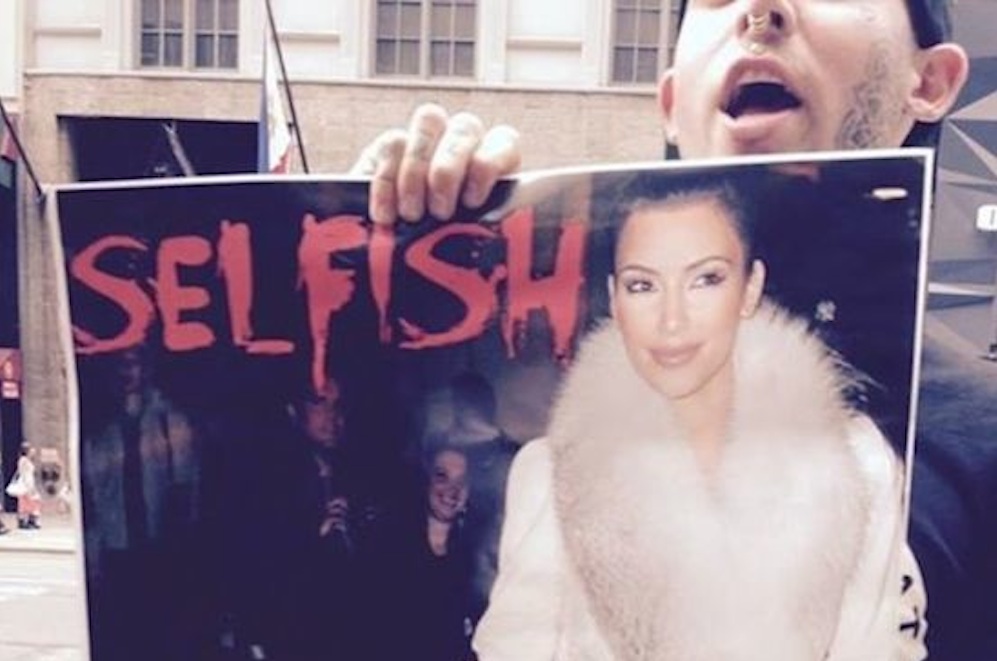 Finally someone calls her out in public.

Kim Kardashian isn’t any stranger to getting ripped by a large majority of the population of the world, it’s just that normally this happens via social media or the internet so she doesn’t really have to to deal with it that much. In fact, she probably just shakes it off and takes another selfie whenever she gets dissed particularly hard, so that the people that do actually like her can shower her with praise and affection via the same medium. Kinda like when she celebrated getting 27 million Instagram followers by sharing a picture of herself in a thong. It’s a hard life for some.

However, some animal activists finally decided that enough was enough the other day and decided to crash one of the book signings at Barnes And Noble and really lay into her repeatedly during her book signing. Of course, she handles it fairly gracefully by just ignoring them and shrugging her shoulders whilst her security team swoops in to whisk them out of the building, but it’s still nice to see someone standing up to her and laying into her in person for once.

The best thing about it is probably how they keep coming throughout the signing and security don’t know who is and who isn’t going to get into it with her. Dumbasses.