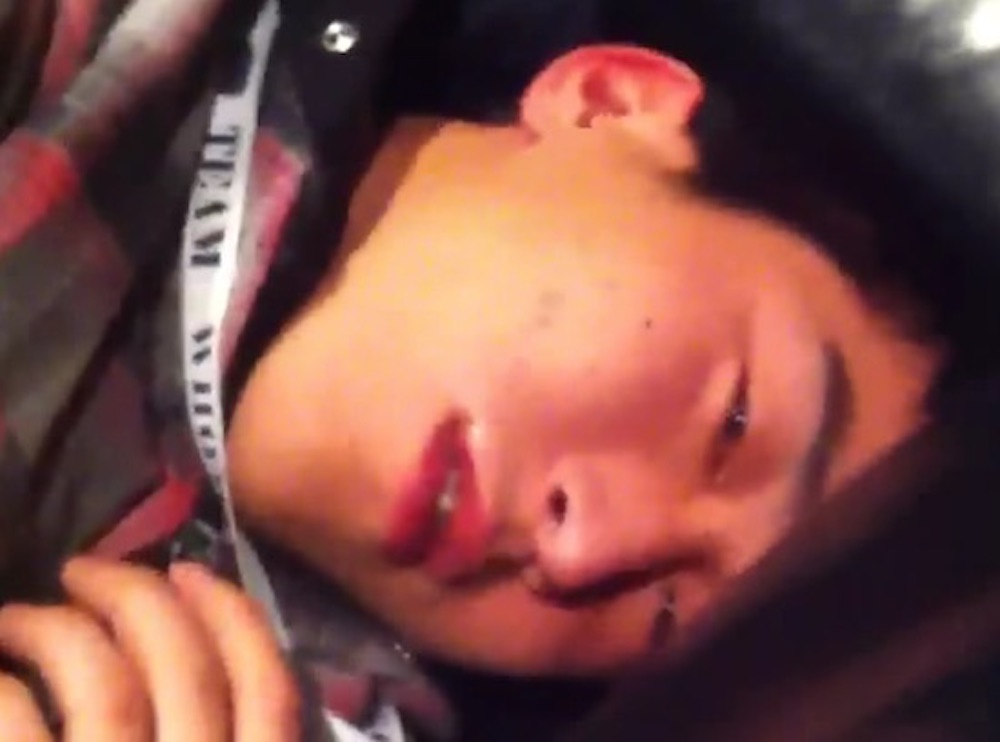 I remember my first time.

I remember the first time I smoked weed, and yeah I probably coughed a bunch and yeah I probably didn’t do it right or even get that stoned. But I suppose being a pussy and not doing it right is way better than being an absolute idiot like this dude and getting so baked that you look like you might not even be able to do anything for the rest of your life.

I’ll let the kid who filmed it explain:

Watch this entire video to the end. This kid smokes marijuana for the first time at my house. 100% real, 100% Funny. He smokes, coughs, and dies all in the same minute.

THE STORY: This kid has been hanging around us for the longest time and he has never smoked weed in his entire life. He has smoked a cigarette or two, and coughed like a little bitch, but he has smoked hookah as well.

He learned to GHOST (smoke trick) by watching us do it for the longest time, and he was always mesmerized by it, so finally he decided to do it to his first HASH JOINT EVER LOLOLOL!!! WRONG MOVE BUD!

So there you have it. Now you just gotta check out the video and laugh at this dumb kid.

Oof. Remember kids, don’t go too hard when you first start out, you might end up like this guy and I don’t think that’s something anyone would ever want. I mean that is a pathetic reaction isn’t it? I’d say it’s fake but the guy looks so monged out on the couch at the end that it just has to be real. And the kid’s insistence in the description kind of makes me inclined to think that way too.

If you’re still unsure, check out our guide of how to handle being too high.