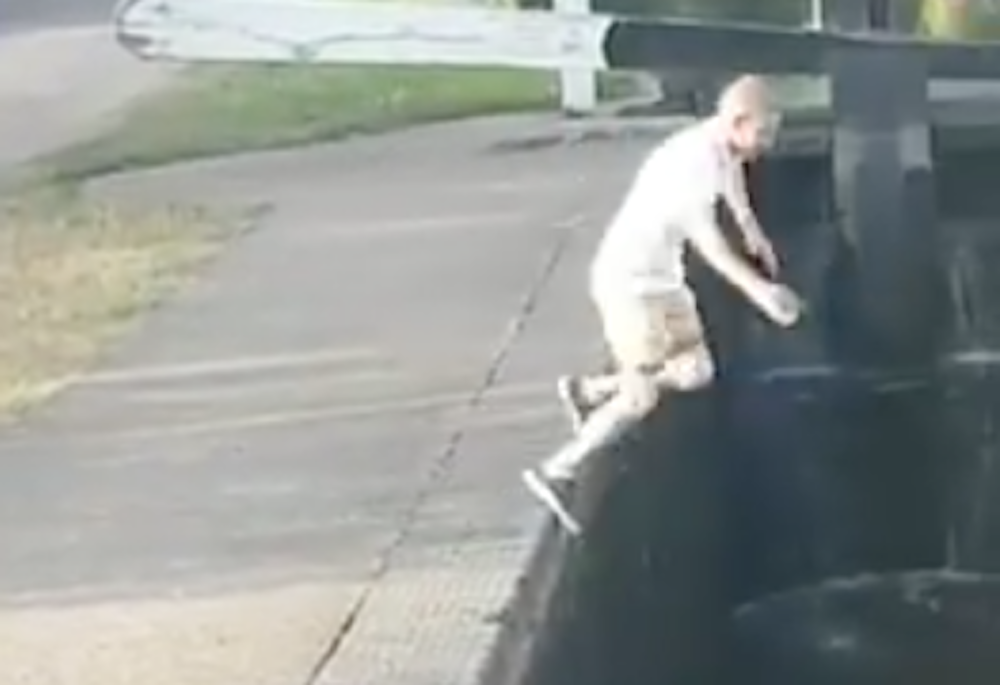 There’s nothing better than hanging out with your mate’s when you’re young and messing around doing dumb stuff and there’s usually that one dumb mate who’s willing to do anything to try and fit in and impress the gang.

This video perfectly encapsulates this attitude and this character, featuring a bunch of mates trying to convince their donghead friend to jump over a canal. Normally you would have a pretty good idea about whether you would be able to achieve this or not from the width of the canal, but these guys try to figure it out before the actual jump by testing how tall the guy is compared to the width of the canal.

Despite the fact that these two measurements aren’t the same and don’t really have any correlation at all, it’s enough for this dingus to try and make the jump and let’s just say it probably goes worse than you could ever have imagined:

Hot damn that is one hell of an impact huh? I assume you’re probably at least slightly worried about this kid given he looks like he got knocked out and fell into a canal, but it turns out that he’s OK:

For more of the same, check out this girl getting hit in the head with a shovel at a takeaway. Ouch.