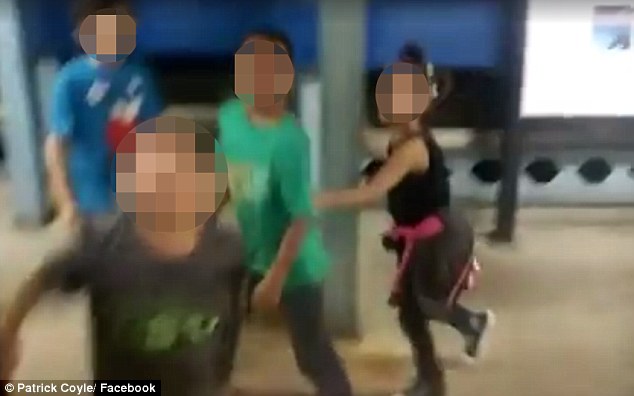 How are you supposed to deal with this?

A gang of foul-mouthed little rascals aged 6-7 have been caught on camera wreaking absolute terror on a train over in Philadelphia, cussing, spitting and even punching a passenger while he films them.

Police have tracked down the boys and it turns out they were with a woman who is the aunt to two of them. Obviously not the most effective supervisor in the world.

This isn’t a case where it’s 6.00 in the morning and when we identify them, we’re going to be breaking down their door and dragging them out in little handcuffs. The goal is to get them help.

The mum of two of the boys, Aurelis Rivera (not in the video), says:

As a parent I want to apologize to everybody and especially to the man. When I seen (the video) it was shocking. I was ashamed a little bit.

Just a little bit yeah? Honestly I don’t even know how I’d deal with these little terrors if they all tried to gang up on me on the tube. What are you supposed to do, beat them up? Swear back at them? You can’t win. You end up looking like the loser no matter what you do. Suppose this guy had the right idea just keeping quiet and filming them.

Still, I’d rather deal with these kids than the Top 5 Most Annoying People On The London Underground.