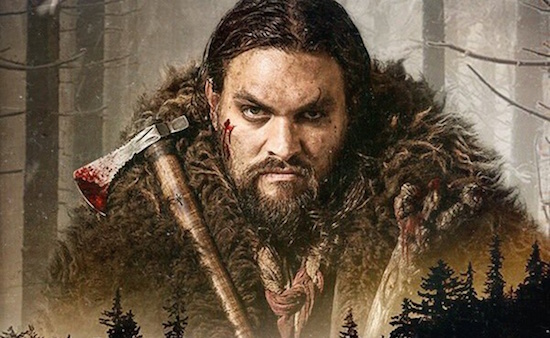 Declan Harp is trying to get one up on his employers by bludgeoning everyone to death.

Khal Drogo is one of the most badass and memorable characters on Game Of Thrones, so it probably isn’t too surprising that the actor that plays him – Jason Momoa – has been tapped up to star as the lead in his own TV series.

The TV show is called Frontier and it’s dropping on Netflix on January 20th. It tells the story of a Declan Harp, a part-Irish, part-Native American outlaw who’s trying to get ahead in the Canadian fur trade back in the day by beating the shit out of everyone and killing a few other people. It looks pretty dramatic:

How many times did they want to say Declan Harp in that trailer eh? Seriously though it looks as though it’s going to be a wild and bloody ride and it should be a good watch. Only have about a week to wait for it as well.

For more great new TV shows in 2017, check out the trailer for Taboo if you didn’t check it out on Saturday night. Masterful.