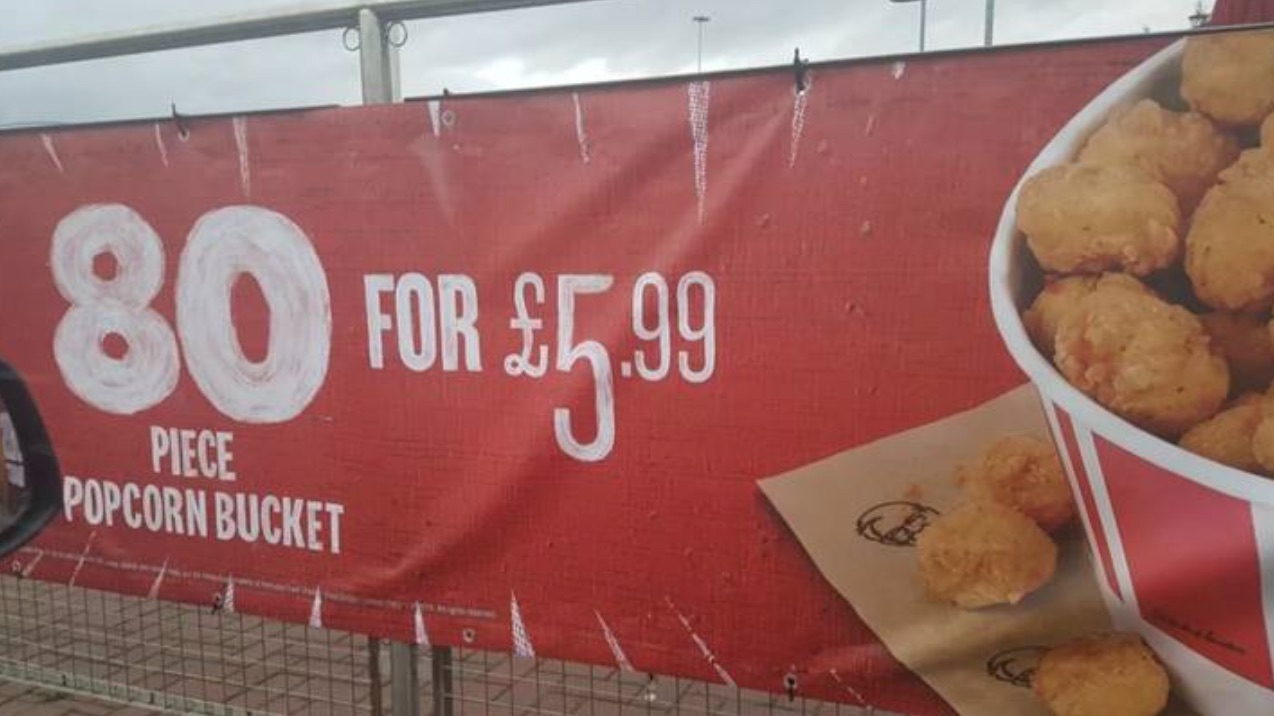 There’s absolutely no doubt that one of the best things about KFC is the popcorn chicken and the only bad thing about it is that you always want more when it’s finished because it comes in those perfect bitesize chunks that are just so addictive.

Well, KFC have obviously seen that this is a problem and looked into how they can solve it by starting to trial an 80 piece bucket of the stuff for just £6 in 10 selected restaurants in Glasgow. You lucky lucky Scottish people.

Not at the mo; we’re seeing how the trial goes down in 10 restaurants in Glasgow.

All going well, we might consider a nationwide release 😉

It seems likely that this promotion is going to go well and it’ll be branching out nationwide fairly soon because how could you not be interested in that?

Seems like a complete and utter bargain to me – regular boxes of popcorn chicken are £3.99 and I’m not sure how many pieces are in each one but I’d wager that it’s less than 40. Everyone is probably gonna say ‘yeah I’m getting them to share with a friend’ but we all know in reality they’re probably scoffing them down on the couch at home. That’s cool though – sometimes you just need a good scoff.

Only problem I can foresee with this is that it might be kind of annoying for the person having to count out 80 pieces of popcorn chicken every time. Probably the biggest number of anything anyone has ever had to count out in a fast food restaurant. Just saying.

For more of the same, check out this Pizza Hut X KFC collab – popcorn and gravy chicken pizza. Yum.