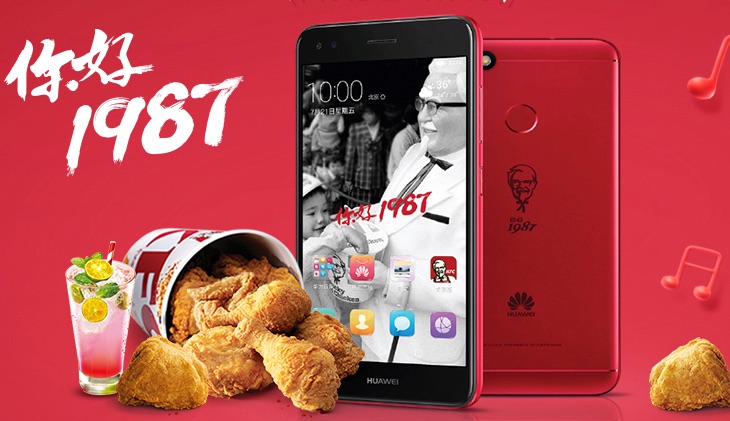 Say what you like about KFC, but there’s no doubt in my mind that some people out there absolutely love it, which is why they can get away with releasing absolutely ridiculous products like this.

Yes, if you love KFC the most out of anything ever, you can now easily show everyone you meet without even opening your mouth by buying a limited edition KFC smartphone. You’re gonna have to be quick if you want one though as only 5000 are going to be produced, and you can bet that there are going to be a whole load of people struggling to get their hands on one.

The phones are Huwaei 7 Plus models that of course come with pre installed KFC app that you probably can’t delete. They’re ketchup red and have a picture of Colonel Sanders on the back.

Here’s a trippy advert about it, as well as what Steven Li, the senior vice president of KFC marketing had to say about it:

Between KFC and Huawei, one came from abroad had and settled its roots in China. The other (Huawei) originated here and later expanded its footprint globally.

Both brands have witnessed the rise of China in these 30 years, and both embody the spirit of the times. Our collaboration is a homage to the era.

Yeah, really sounds like a great homage to the last thirty years: a mobile phone with Colonel Sanders on the back. Fantastic, definitely going to think of 1987 – 2017 China when I see that.